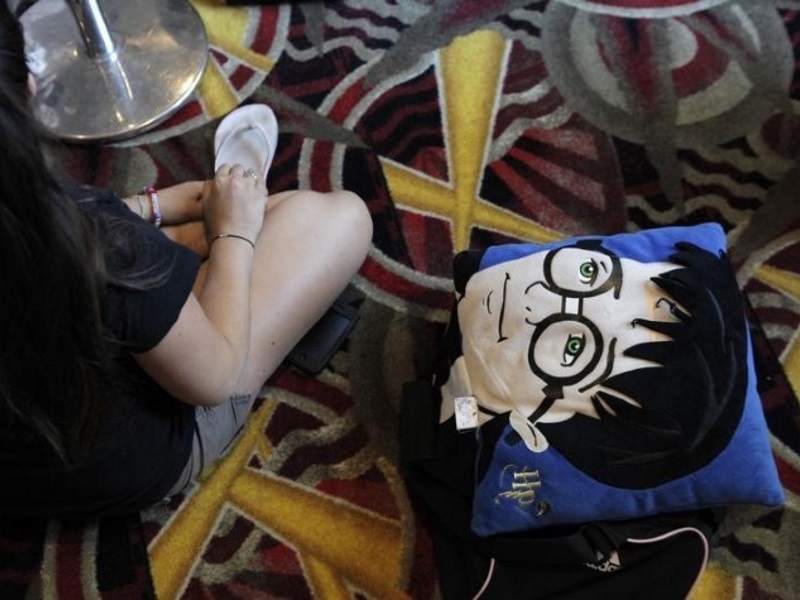 You don't need to be a wizard to see the "Harry Potter" books come to life.

The seven books are getting a makeover with more than 200 new illustrations in enhanced ebooks made for Apple devices. More than half of the illustrations are animated or interactive, with such touches as a golden snitch from Quidditch matches flying away as you tap it on the screen. Series creator J.K. Rowling also goes deeper into some of the characters and story lines with a handful of pop-up annotations.

The editions, released Thursday, are exclusive to Apple's iBooks Store and require an Apple Inc. mobile device or a Mac computer to read. For other devices, including Amazon's Kindle, standard electronic editions are available through Rowling's Pottermore site.

The makeover offers readers young and old a new way to engage with the story. It also gives Rowling and her publishers an opportunity to resell these best-selling books, the last of which came out eight years ago. It's akin to Hollywood releasing the same movies in new formats and with bonus materials.

While the illustrations are new and exclusive to the enhanced editions, Rowling's annotations aren't necessarily so. Rowling has been regularly posting new essays on Pottermore. She has traced Harry's roots to a 12th-century wizard and has written about the origins of an invisibility cloak that appears throughout the series. Rowling has also penned supplemental books, including "The Tales of Beedle the Bard," a children's book that was referenced in the last "Harry Potter" book.

Until recently, the Pottermore site also had a game that took readers through the books chapter by chapter, with riddles and other discoveries along the way. That game incorporated clips from the "Harry Potter" movies. The new ebooks do not.

Instead, the new editions offer full-color illustrations and animation from Pottermore artists.

In one animation, you see multiple letters fly in through the fireplace with news of Harry's acceptance to Hogwarts wizardry school. In another, an owl, a cat and the fog come to life on Platform 9 3/4, where a Hogwarts-bound train awaits. On the train, you see landscape moving by through a window.

In one scene of a feast, you can slide left and right to see the rest of a long table covered with food. It's not obvious which illustrations are interactive. The idea is to get readers to explore.

There's no sound, though. When Harry's friend, Ron, gets an angry audio letter from his mother, you see steam coming out, but you don't hear her screaming, as you do in the movie.

You can access Rowling's supplemental materials by tapping a quill icon embedded in the text. For instance, you learn how students arrived at Hogwarts before train service began: Some rode on broomsticks, but that was tough with trunks and pets to bring along.

There aren't many annotations, though. You get more backstory at the Pottermore site, but you need the ebooks for the full text.

The books also get new digital covers to reflect each book's theme - serpents for the second book, for instance. Artists also designed a new font with each letter incorporating a lightning bolt - the shape of a scar on Harry's forehead. This font - named Fluffy, for a three-headed dog in the first book - is used for the opening letter of each chapter.

The books cost $10 (roughly Rs. 650) each, or $70 (roughly Rs. 4,550) for the series. There's no discount if you already own standard electronic editions. English editions are available in the U.S. and 31 other markets right away. Editions in French, German and Spanish are coming November 9.