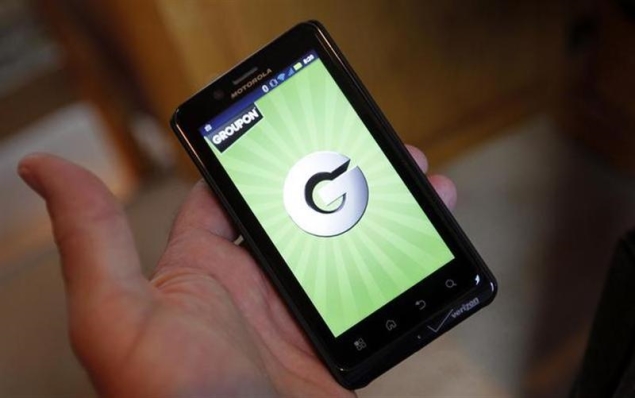 Groupon shares were up nearly 8 percent in extended trading after sliding more than 10 percent.

Gross billings - a key metric that reflects the gross amounts collected from customers, increased 10 percent to $1.34 billion in the quarter.

More than half of Groupon's transactions in North America and more than 40 percent of global transactions were from mobile devices, the company said.

With its core, emailed daily deals business model in steep decline over the past year, the Chicago-based company in recent months has re-invented itself as a more traditional e-commerce business that sells long-term deals through its smartphone app.

Revenue from Europe was down as the company invested more to expand the number of merchants the company partners with, Chief Financial Officer Jason Child told Reuters.

Child said he expects revenue from Europe to turn positive in the coming quarters.

Europe has been a particular problem for Groupon, partly because the sovereign debt crisis has dented demand for higher-priced deals.

Groupon has been trying to revive a sluggish European business, while juggling the fast-rising cost of ensnaring new customers, and merchants to partner on Internet coupons for everything from spa treatments to fine dining.

Excluding items, the company - which competes against LivingSocial, Amazon.com, eBay and Google in a crowded and fiercely competitive e-commerce marketplace - earned 2 cents per share.

Shares of the company closed at $9.50 on Thursday on Nasdaq. They have risen 93 percent so far this year.