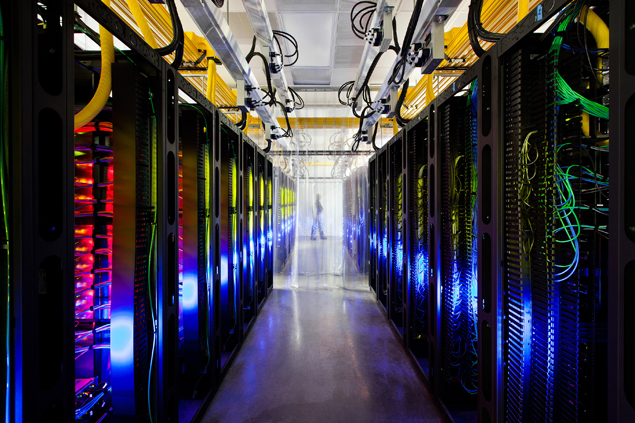 In April last year Google was planning three data centres in Asia and invested $300 million in the Hong Kong facility in 2011. Now fresh reports from The Economic Times suggest that Google's new data centres that are likely to become operational this year, are set to increase speeds of Google's services for many areas.

Work on the Singapore facility started in late 2011 followed by the Taiwan data centre in April 2012. The Hong Kong facility is apparently still underway.

In November 2012, Google offered a virtual tour into its secretive data centres through a new website for the first time. The site features photos from inside some of the eight data centers that Google Inc. already has running in the U.S., Finland and Belgium.

Lalitesh Katragadda, Country Head, India products at Google, was quoted saying to The Economic Times that Internet connectivity speed in India is not very high and so the new data centres will be "crucial to this market due to its proximity". He also added that India was not chosen owing to the country's hot weather conditions.

Raj Gopal AS, managing director at NxtGen Datacenter & Cloud Services in Bangalore, told the publication that the new servers could provide up to a 30 percent improvement in the speed of Google services in Asia.

The report goes on to mention that India is one of the largest markets for Google, with over 100 million users and a 95 percent share of India's search market, the report said, citing figures from StatCounter. It ranked India 112th globally in Internet speed, according Akamai Technologies and that countries closer to data centre locations enjoy faster Internet services.

Citing further statistics from ComScore, the report mentions that an average Indian user spends about 2.5 hours every day on Google websites, including Gmail, Google+, YouTube etc. YouTube videos account for close to 50% of all online videos watched in India.
Comments