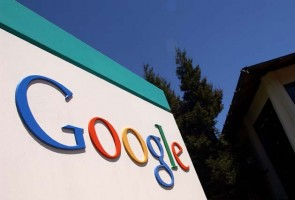 The company spent $2.06 million trying to make its points with lawmakers and regulators during the April-June period, a 54 percent increase from $1.34 million a year earlier, according to documents filed late Wednesday.

This year's second-quarter lobbying bill is by far the largest that Google has run up since opening its Washington, D.C., office in 2005 to push its agenda. The previous high came during the first three months of the year when Google's poured $1.48 million into its lobbying efforts.

In another first, Google is now spending more on lobbying than Microsoft Corp., a fierce rival and critic that has urged government regulators to rein in Google.

Microsoft, traditionally one of the technology's industry's big spenders in Washington, put $1.85 million into lobbying during the second quarter.

Google's increased focus on lobbying comes at a time it is facing the same kind of regulatory heat that Microsoft dealt with during the late 1990s.

The U.S. Justice Department ultimately filed a lawsuit alleging that Microsoft had used its dominant Windows operating system to kill competition in the then-nascent Web browser market. That sparked a legal battle that distracted Microsoft for years and forced the company to change the way it bundled its Internet Explorer browser with Windows.

The U.S. Federal Trade Commission last month launched its own inquiry into whether Google is abusing its dominance of Internet search to funnel online traffic to its own services and drive up the prices of the ads that generates most of its revenue. European regulators opened a similar investigation into Google late last year.

Google Executive Chairman Eric Schmidt is expected to defend the company's business practices in September when he is scheduled to appear before a U.S. Senate committee that focuses on antitrust law.

The state of Internet competition was among the topics that Google lobbyists addressed during the second quarter, according to a statement filed with the U.S. Senate's secretary's office. Google discussed the matter with members of Congress, the FTC and the Justice Department, the filing said.

To help make its case, Google hired Stewart Jeffries, a former antitrust counsel for the House Judiciary Committee, this year. Jeffries was among Google's registered lobbyists in the second quarter.

The company directed its powers of political persuasion at the Commerce Department, the executive office of the President, the Federal Communications Commission, the Department of Homeland Security and the U.S Trade Representative.