Google's European Antitrust Woes Are Far From Over 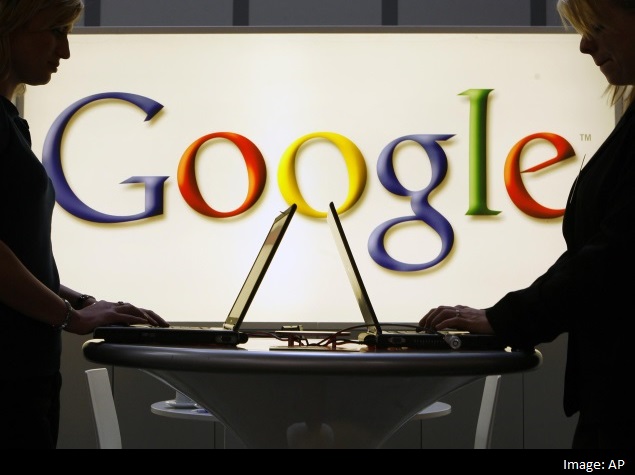 Google has struggled for years to settle an antitrust investigation in the European Union, to avoid a huge fine and the stigma that would come with breaking the law.

Now it appears there may be no end in sight to the Internet search giant's antitrust problems in Europe even if it does finalize a tentative accord reached in that case, according to a letter from Joaquin Almunia, the competition commissioner and the most powerful antitrust enforcer in the 28-country bloc.

Almunia has not given up on reaching a final settlement with Google in the case, in which the U.S. company is accused of abusing its dominance in the online search and adverting business. But the letter, made available by a person who did not want to be identified because the document had not been made public, indicates that Almunia is trying to marshal support for an unpopular provisional deal by emphasizing to critics that new investigations await Google.

In the letter, written June 11 to his commission colleagues, Almunia said that the European Commission was prepared to investigate "many allegations, the various practices that they cover, and the new types of markets that are affected." He mentioned social networks, streaming, cellphone operating systems and mobile apps as areas that could face scrutiny.

"It can be safely predicted that Google's compliance with EU competition law will be closely monitored for a long while," the six-page letter said.

The letter represents a defensive maneuver by Almunia to quell the concern among some of his colleagues that he should have outlined far firmer action against Google by now. The case began in 2010, but officials had been making informal inquiries since at least mid-2009.

In recent weeks, Almunia has begun the process of dismissing the 20 existing complaints in the antitrust case. That is the normal procedure before a definitive settlement is signed.

At the heart of the proposed deal is a system that will display rivals' search services - for mapping, hotels and shopping, among others - more prominently when people conduct searches using Google.

Google would use a box to display at least three competitors each time its own results appear in specialized searches. The deal would last for five years and affect any search and promoted-product services that Google introduces in Europe.

Almunia said in his letter that this deal still could "be modified in some respects."

The case is far from the only regulatory headache Google faces in Europe. The highest court in the bloc decided last month that Google must grant users of its search engine a right to delete links about themselves in some cases, obliging the company to do far more to protect individual privacy.

Yet vigorous antitrust enforcement still remains one of the biggest threats to Google in Europe, and elsewhere if other regulators follow Europe's lead.

Last month Chancellor Angela Merkel of Germany, speaking in Brussels, called for a more aggressive stance toward U.S. companies like Google, "with regard to antitrust laws" to help improve the bloc's ability to generate competition.

Critics from industry groups have called Almunia's proposal flawed, saying it is unlikely to dent Google's market power in Europe, where it has an even stronger position in Internet search than it has in the United States.

"This settlement totally misses the big picture," said Thomas Hoppner, a lawyer for the German industry groups Bundesverband Deutscher Zeitungsverleger, which represents newspapers, and Verband Deutscher Zeitschriftenverleger, which represents magazines. "The companies I represent lose traffic to Google or get demoted in its search engine every time they launch a new service for things like finding places to eat or viewing videos, and that problem just won't be addressed by this deal."

It is against that background that Almunia wrote his letter, in which he resisted calls to bundle a welter of recent antitrust complaints into the ongoing investigation. That would prolong the case and could lead to more serious consequences for Google.

Almunia also suggested that he was being pressured to take action outside the realm of antitrust, on issues like how Google manages its tax liabilities and treats personal data.

"It seems that the commitments proposed by Google in February have become the focal point of all the concerns and fears that consumers, competitors, and governments have about the company," he wrote, referring to the month this year when the terms of the proposed settlement were formally announced. "This is an unfortunate state of affairs."

Almunia - who needs the support of his colleagues to finalize the current proposed deal - has promoted settling with technology companies as a way of getting quicker results for consumers in the fast-moving sector. That approach would be tarnished if Almunia, who leaves office in October, leaves his successor, who still must be chosen, saddled with unfinished business.

A spokesman for Almunia declined to comment on the letter.

The letter will make grim reading for Google, which has been determined to avoid a guilty finding that would restrict its ability to expand in Europe and which could be extremely costly.

Without a settlement, Google could be fined up to 10 percent of its annual global sales, or nearly $6 billion. Fines have never gone that high. But antitrust experts say that such penalties are set to rise. This month, the second-highest court in the European Union upheld a 1.06 billion euro, or $1.44 billion, fine against Intel representing 4 percent of the maximum.

A spokesman for Google referred to previous comments by the company's general counsel, who said in February that the agreement with the commission "addresses its competition concerns."

Google successfully settled a similar investigation with the authorities in the United States without major changes to its business. Its proposed European deal already goes much further than that U.S. agreement.

Beyond the current inquiry, the "most advanced investigation" concerns the company's Android operating system for smartphones, wrote Almunia.

The issue here is "Google's promotion of Android," where Google has up to 80 percent of the European market, wrote Almunia. "The allegations relate to practices that may prevent the development of alternative operating systems to Android" and to "restrictive conditions in agreements" with phone makers and networks.

Additional complaints "lodged in recent weeks" fell into at least three other broad areas concerning the ways that Google was said to use its video catalogue to help give YouTube an unfair advantage; it uses its AdWords product to sell advertising space; and it uses another advertising product it calls AdSense.

The letter also said that "other complaints include one relating to Google's use of images from third-party websites and, more recently, a potential complaint about the pressure Google is putting on independent music labels to extract better terms in its negotiations for a new streaming product on YouTube."

Lawyers for Google's rivals said Almunia's letter, which foresees an almost endless series of antitrust battles for Google in the future, should do nothing to ease concerns about the current proposed deal. "We have repeatedly offered studies like eye-tracking data proving that people will not look at these display boxes or click them," said David Wood, legal counsel for Icomp, an industry group backed by Microsoft. "The display idea is manifestly inadequate, and Mr. Almunia has put forward no studies or arguments proving otherwise."