Google wants to join the party, not crash it 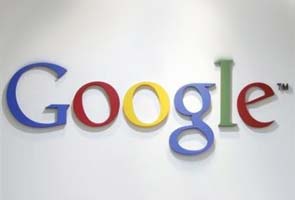 Lisa Cericola, 31, a food editor and blogger, recently held a party at her home in Brooklyn, with grilled steak and chimichurri on the table and the Red Hot Chili Peppers on the iPod.

Soon, a debate broke out. Was the singer saying, "With burned shed it's a lovely view?" Or "With blood I shed alone with you?"

Like most people these days, Ms. Cericola knew what to do. She grabbed her BlackBerry and Googled. (The answer, from the song "Scar Tissue": "With the birds I'll share this lonely view.")

"Looking up something really fast actually adds to the conversation," Ms. Cericola said.

But if Ms. Cericola was content with how quickly she ended the debate, Google and other technology companies are not. They know they are the uninvited guests at social gatherings everywhere, and they want to ingratiate themselves with the hosts by figuring out new, less intrusive ways to join the party - as varied as voice search, Internet-connected glasses and other wearable computers, or dining room tables outfitted with screens.

Googling the answer to a question has become accepted social behavior, but "it's still somewhat awkward when you see that at a dinner party," said Amit Singhal, senior vice president in charge of search at Google. "The key to the future is how can you make such conversations socially even more normal?"

Mr. Singhal is talking about what computer scientists call ubiquitous computing or intelligence augmentation - the idea that computers will no longer be devices we turn on, but will be so integrated into our everyday environment that we can ask them to do things without ever lifting a finger.

"It's not just a question of having screens everywhere or wearing a screen, but also this whole idea of phones and devices becoming more context-aware, so they can offer information that is highly relevant," said Pattie Maes, founder and director of the M.I.T. Media Lab fluid interfaces group, which studies how to integrate digital information into daily life.

If people are discussing the migratory patterns of monarch butterflies over dinner, for instance, phones will be able to hear that and present a map, she said. Or when you meet someone, your glasses could show you the person's LinkedIn profile and your last e-mail exchange.

"It's the integration of the digital and physical worlds so no longer are they two relatively separate spheres where you have to make the connection between them," Ms. Maes said.

Many tech companies are trying to integrate the two worlds. In Apple's new iPhone, Siri, the voice-activated assistant, can answer questions about current movies, sports and restaurants.

Microsoft is experimenting with computers that understand gestures and voice, like gloves with sensors, Bing voice search on the Xbox and gesture recognition on the Kinect. I.B.M. is teaching machines to learn and interact with people, including in hospitals. But Google is at the forefront, with vast research about what kinds of questions people want answered - and when.

Google says its internal logs reveal that mobile searches spike during mealtimes, when people are away from their computers but still want information immediately. And people ask more questions about trivia - "How tall is the Statue of Liberty" (answer: 305 feet) and "How old is the earth" (4.54 billion years) - on mobile devices than on computers.

To make these searches easier, last month Google introduced mobile search apps for Android phones and iPhones that let people ask questions aloud and listen to Google answer in a vaguely robotic woman's voice. The idea is that people do not have to excuse themselves from conversation to type a query, and everyone can hear the answer, as if Google were another guest.

In May, Google introduced fact cards to answer trivia-type queries; these are answers on the search results page, so people do not have to click on a link, wait for a Web page to load and further delay the conversation. Say you urgently need to know Ryan Gosling's net worth. Search on your phone and above the links to search results, Google tells you. (It is $50 million.)

Google Glass, eyeglass frames that let people use the Web on a tiny screen near their temples, are not yet for sale but will let people find answers without reaching into their pockets. So will other wearable computers that Google plans to experiment with, like watches.

The company is also studying screens that could be built into kitchen walls or dining room tables, to make Google a constant companion that everyone in the room could talk to.

"If we take it to the next step, which we're excited about, Google and the information I need is right here in the room with me," said Scott Huffman, the engineering director in charge of mobile search at Google. "As we're talking, we just say, 'Hey, Google, blah blah blah,' and it comes up on a screen or tells you the answer."

That does not excite everyone. "It sounds like a horrible dystopian nightmare," said Helena Echlin, who wrote the Table Manners etiquette column at Chow, the food site.

Still, Ms. Echlin says she may change her tune when everyone is wearing computers on their faces. Five years ago, after all, she wrote that no one should ever use a cellphone at mealtime. Now, she said, "you'd have to be a complete Luddite to ban a phone from the dinner table."

Phil Maslow, 27, who works for a pharmaceutical start-up in New York, has no problem relying on Google at his fingertips, no matter the setting.

"It's a substitute for a good memory," he said. "I get to skip a lot of anguish."

More than once he has been talking to an acquaintance from college at a party, he said, and had no idea who the person was.

"While I was talking to them, I sneakily looked them up on Facebook and then used their name to get me out of a jam," he said.

One effect of all this Google searching at social events is the resurgence of a retro kind of party, trivia night. At a weekly trivia night run by David Smithyman, 27, in Park Slope, using cellphones is cheating.

"There's a joy to being stumped by something with your friends for a little while," Mr. Smithyman said. "Then when you finally do read out the answer, there's this palpable reaction. It's a very cool moment that doesn't really happen in other places anymore."