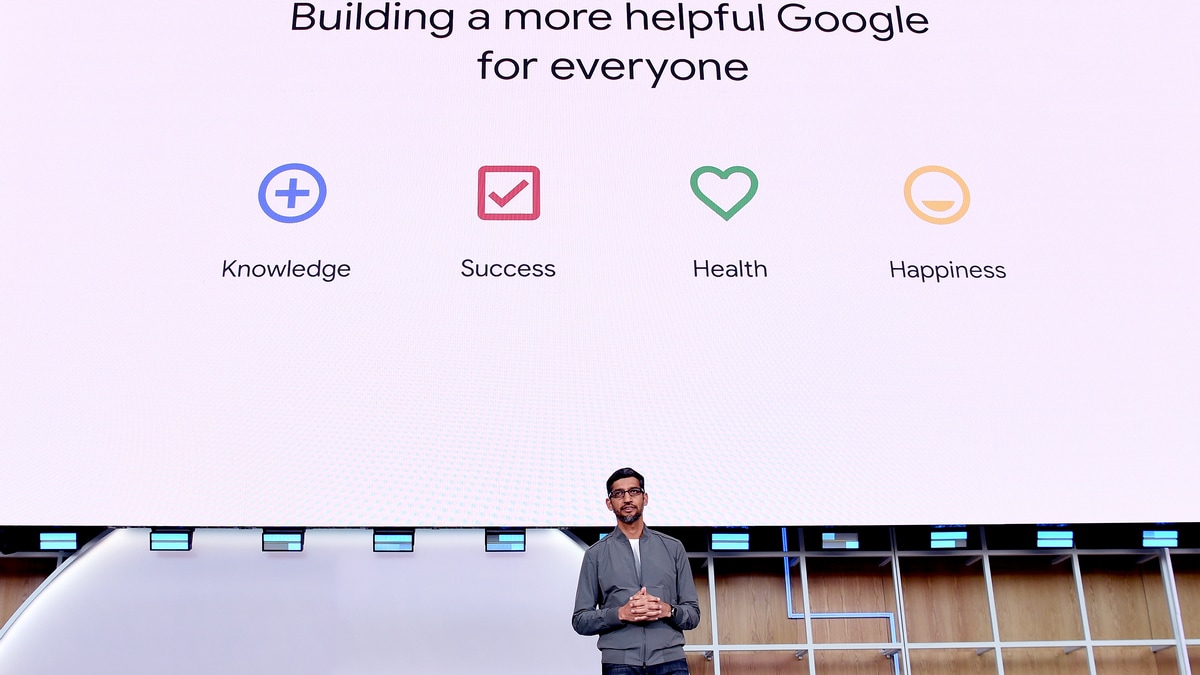 Google is jumping on the latest tech trend: privacy.

At its annual conference for software developers, the search and advertising giant showed off several new products and features that it said were created to help maintain customers' control over their own data. Instead of the bulk of that data being shared with Google and stored in cloud computing centres, in the company's vision it would instead live on devices like mobile phones and tablet computers.

That would mark a big shift for Google, which relies on the reams of data to help train its artificial intelligence software to better function without human interference. And it could have implications for Google's business model, which depends on advertising sales for nearly 90 cents out of every dollar it makes. Marketers have made Google the largest ad-seller in the world in large part because of the comprehensive picture it can paint of users through the data it collects.

One executive after another at Google's I/O conference in its hometown of Mountain View, California, emphasised new privacy settings in products like search, maps, thermostats and updated mobile phone software.

"We strongly believe that privacy and security are for everyone, not just a few," said Google CEO Sundar Pichai.

Said product manager Stephanie Cuthbertson, who introduced a new version of the Android mobile operating system: "You should always be in control of what you share and who you share it with."

For their part, consumers are beginning to push back after tech firms have sucked up their data online for years, nearly unchecked. Just about anything people do online helps companies refine their marketing pitch: if they know a customer is planning to get married, they can show them cake or honeymoon travel package ads. And selling advertising is why products like Google's Chrome internet browser and Snapchat are free to download and use.

The changes weren't enough to satisfy everyone. "It's just playing around the edges of the bigger problem for consumers," said Jeffrey Chester, executive director of the Center for Digital Democracy. "Google would have to fundamentally change how data is collected and used [for complete privacy]."

"Advertising is a great business and they not likely to want to give that up any time soon," he said.

Apple and Microsoft have taken pains to emphasise customer privacy in recent product announcements, while Facebook last month promised its users more private communication, part of a broader push. Facebook CEO Mark Zuckerberg in a blog post also said the firm would focus on further encryption, which scrambles data so that outsiders, even the Facebook itself, cannot easily read it.

Among the new Google features is the so-called "incognito" option for searching on streaming service YouTube and Google's map software. That will prevent Google or others from linking an individual to their online history. Google also said a new setting will automatically erase search and location history-linked to users' smartphones - after 3 or 18 months, if users choose it.

Google also committed to improved privacy controls of its Nest connected home devices, including the ability of users to delete their audio files. Some users have reported having hackers eavesdropping through their Nest devices.

But striking the right balance has proven difficult for technology companies. Voice-activated devices like Amazon's Alexa record and save users' every command sometimes even unprompted, as reported by The Washington Post. And ride-hailing firms keep records of customers' and drivers' whereabouts both to improve the service over time and also to ensure safety.

Richard Madden in Talks to Star as Ikaris in Marvel’s The Eternals Opposite Angelina Jolie: Reports
Build 2019: Windows 10 Set to Get 'Full' Linux Kernel, Microsoft Announces