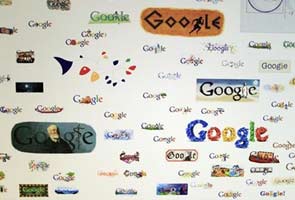 Google Inc unveiled major changes to its shopping business on Thursday that will likely prove controversial in the e-commerce world.

Google, the world's most popular Internet search engine, will rename its service Google Shopping from the current Google Product Search.

"We are starting to transition Google Product Search in the U.S. to a purely commercial model," said Sameer Samat, vice president of product management at Google Shopping. "This will give merchants greater control over where their products appear on Google Shopping."

Google has been in the product listing and search business for about a decade. During that time, it has provided merchants with free access to shoppers. The company made money by running paid product search ads along with the organic, or unpaid, product listings, according to Eric Best, CEO of Mercent, which helps retailers sell through Google and other e-commerce websites such as Amazon.com and eBay.

The changes may ultimately help Google extract more revenue and profit margin from its retail advertisers, which account for up to 40 percent of Google's advertising base, Best said.

For retailers, there are upsides and downsides, he added.

"The downside is that retailers are going to have to pay for performance when it comes to e-commerce traffic and revenue driven by or through Google," Best said. "The free traffic is disappearing."

The changes may be controversial in the Internet community because Google's search results have traditionally not been influenced by money, Best said.

"Pay-for-placement to some degree is an alternative to purely organic relevancy results," he said. "The fact that shopping results will be more closely tied to bid-for-placement will not sit well with all advertisers."

The new program will help retailers make their products more visible to shoppers searching on Google. The old system was difficult for Google to police because retailers could list a lot of products for free. If they have to pay, it may reduce clutter, Best explained.

"Having a commercial relationship with merchants will encourage them to keep their product information fresh and up to date," Google's Samat wrote in a blog on Thursday. "Higher quality data - whether it's accurate prices, the latest offers or product availability - should mean better shopping results for users, which in turn should create higher quality traffic for merchants."

Google shares were down 1.3 percent at $580.33 on Thursday afternoon. The shares have fallen by 12.8 percent since the beginning of the year.