Google struggles to unseat Amazon as the web's most popular mall 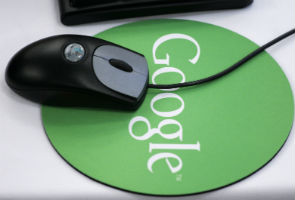 Whether you are looking to buy a power tool or neon jeans online, chances are you start your search on Google or Amazon.com. But which one?

Behind the scenes, the two companies are waging a war to become the pre-eminent online mall. And e-commerce sites large and small are caught in the cross-fire. As for consumers, the question is whether they will see a full range of products available online.

Google is a search engine, not a store, but it is increasingly inching into e-commerce with products like its comparison-shopping service, Google Shopping. At the same time, more people are using Amazon, a retailer, as a search engine to look for what they want to buy.

Trying to stave off the competition from Amazon, Google has recently changed Google Shopping to require e-commerce companies to pay to be included in shopping results, so product listings are now ads. Inclusion used to be free.

Google says the change will improve its shopping results because retailers are more likely to list accurate and up-to-date items if they are paying. It says the service had become polluted with product listings that were out of date or misled consumers about things like shipping prices.

By requiring retailers to pay for listings, "incentives are aligned to make sure the data we're receiving is of a higher quality," said Sameer Samat, vice president for product management for Google Shopping, which used to be called Google Product Search and, before that, Froogle. "With better data, we can build a better experience for users."

Although some retailers agree, and say the move could even help their sales, others are panicking. Some say they will not pay for listings or will include fewer products, which could shrink the selection shoppers see on Google.

The move is a way for Google to make more money from retailers, some of its most lucrative advertisers, but it also needs to improve product listings to keep valuable customers from going to Amazon.

"Google and Amazon both have the same end goal, to be the destination that people go to to do their product searches, and Amazon's winning that battle," said Michael Griffin, founder and chief technology officer of Adlucent, which does search marketing for online retailers and formerly managed Amazon's paid search.

Meanwhile, Amazon has already removed its listings from Google Shopping. Looking for a Kindle? Google Shopping shows Kindles from Best Buy, eBay and sites called Fumfie and Glyde - but not Amazon.

Amazon, though, has not ruled out paying Google for inclusion of its products, according to a person briefed on its strategy who would speak only anonymously.

In 2009, nearly a quarter of shoppers started research for an online purchase on a search engine like Google and 18 percent started on Amazon, according to a Forrester Research study. By last year, almost a third started on Amazon and just 13 percent on a search engine. Product searches on Amazon have grown 73 percent over the last year while searches on Google Shopping have been flat, according to comScore.

The shift to paid listings on Google Shopping began this summer and will be complete this fall. It is part of Google's expanding e-commerce playbook, which also includes Wallet for payments, Offers for daily deals and the Google Shopper mobile app for finding items nearby.

A search on the main Google site still shows search results from across the Web, which are never paid for, but it also brings up a box with product images, prices and descriptions that are paid for. If someone searches for a product on Google.com/shopping, all listings will be paid ones.

Most other comparison-shopping sites also have paid listings, including Yahoo Shopping, Nextag and PriceGrabber. Microsoft's Bing Shopping is free for retailers except for some paid listings through a partnership with Shopping.com, which is part of eBay.

But most retailers say Google is the most important source of online shoppers, and some say they cannot afford to pay to list all their products.

"If you're a retailer and you don't have the budgets of an Amazon, eBay, Best Buy or Wal-Mart, it's going to be really challenging," said Gerry Bavaro, senior vice president for performance media at Digitas, whose clients include Procter & Gamble.

Mehran Esmaili, the owner of Shoe Biz, a shoe store in San Francisco with an e-commerce site, said that when product search was free, he could stay competitive by keeping his listings up to date and descriptive.

"If we did everything right, we were visible, we were searchable," Mr. Esmaili said. "Now, if we don't have the budget, we won't be visible."

Mr. Samat at Google said it was helping small businesses in several ways, including by offering them the choice of paying when shoppers click on a listing or when they make a purchase, and with its Trusted Stores program to vouch for retailers' reputations.

Like Shoe Biz, other e-commerce companies describe a love-hate relationship with Google. They depend on it for traffic, yet some are frustrated by Google's decision to charge.