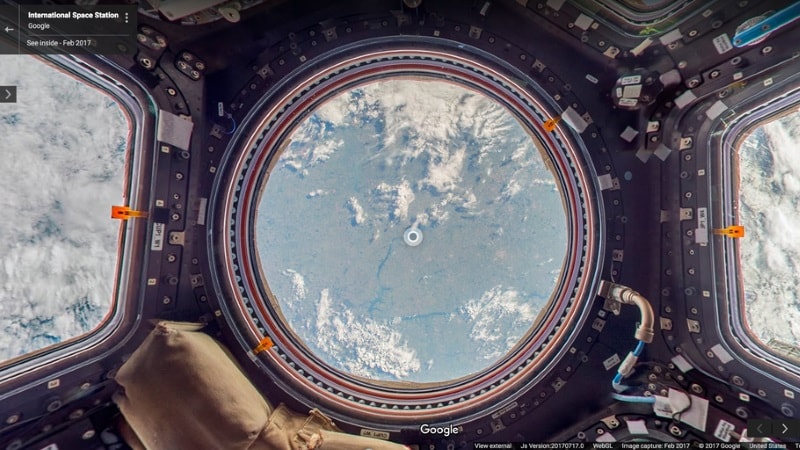 Google Street View in search giant's Maps service is one of those features that has given users a much better idea of various locations around the world than satellite imagery ever could. Moving forward leaps and bounds, Google Street View now allows users to see the International Space Station (ISS) as close as they can see the streets of London from their homes.

The search giant has launched a new option for Google Street View that allows users to see the 15 connected modules of the ISS. Thomas Pesquet, an astronaut at the European Space Agency (ESA), spent six months on the International Space Station (ISS) as a flight engineer to capture the Street View imagery, Google said in its blog post.

"The mission was the first time Street View imagery was captured beyond planet Earth, and the first time annotations - helpful little notes that pop up as you explore the ISS - have been added to the imagery," Google said. While this is certainly an interesting option for users, Pesquet explained that due to the constraints of living and working in space, Google's usual methods of capturing Street View couldn't be used.

"Instead, the Street View team worked with NASA at the Johnson Space Center in Houston, Texas and Marshall Space Flight Center in Huntsville, Alabama to design a gravity-free method of collecting the imagery using DSLR cameras and equipment already on the ISS," he said.

Post this, Pesquet sent the still photos captured by him to the Earth where they were stitched together to create panaromic 360-degree imagery of the ISS.

As pointed out in a report by TechCrunch, when the imagery was being captured, one of Space X's Dragon vehicles was parked at the ISS. This means that users can also see how the cargo is supplied to the ISS. You can check out the new imagery from space already from Street View section on the company's website.