Google I/O 2019 kicked off with a keynote on Tuesday, and the company had several announcements to make, including improvements to Google Search and Google Lens. The company's continued theme this year was to “build a more helpful Google for everyone.” Search changes include better organised Google News results, content indexed podcasts, and a camera in Google Search results for AR-based results. There were a bunch of Google Lens announcements, from helping paying the bill, to one meant for emerging markets.

Next, Pichai revealed that podcasts will soon be indexed for content, helping users search for exactly the podcast and episode they were looking for. Podcasts will be directly available to find within Search itself, and users will be able to listen to podcasts in Search, or save them to listen later.

Google's VP and General Manager for AR Products Aparna Chennapragada spoke about augmented reality (AR) in search results, which will be rolling out later this month. The company has partnered with NASA, New Balance, Samsung, Target, Visible Body, Volvo, and Wayfair among others to show 3D objects in Google Search, allowing people to view and interact with these objects in 3D and AR to better understand them. The option will be available within the Knowledge Panel.

Next, Chennapragada spoke about Google Lens, which she revealed had been used more than a billion times. Future lens features include highlighting popular dishes of restaurants on menus – users will be able to tap on the dish to see what it really looks like, and let them read reviews of it. Lens will also be able to help split the bill, and also calculate tips. Users will also be point the camera at a recipe from a partner publication, and get a detailed animated guide on making the dish.

Finally, Google Go – the company's search app for Android Go smartphones - will get camera capabilities.  Users will be able to trigger Google Lens from the search bear, and get options like translate, listen, and search 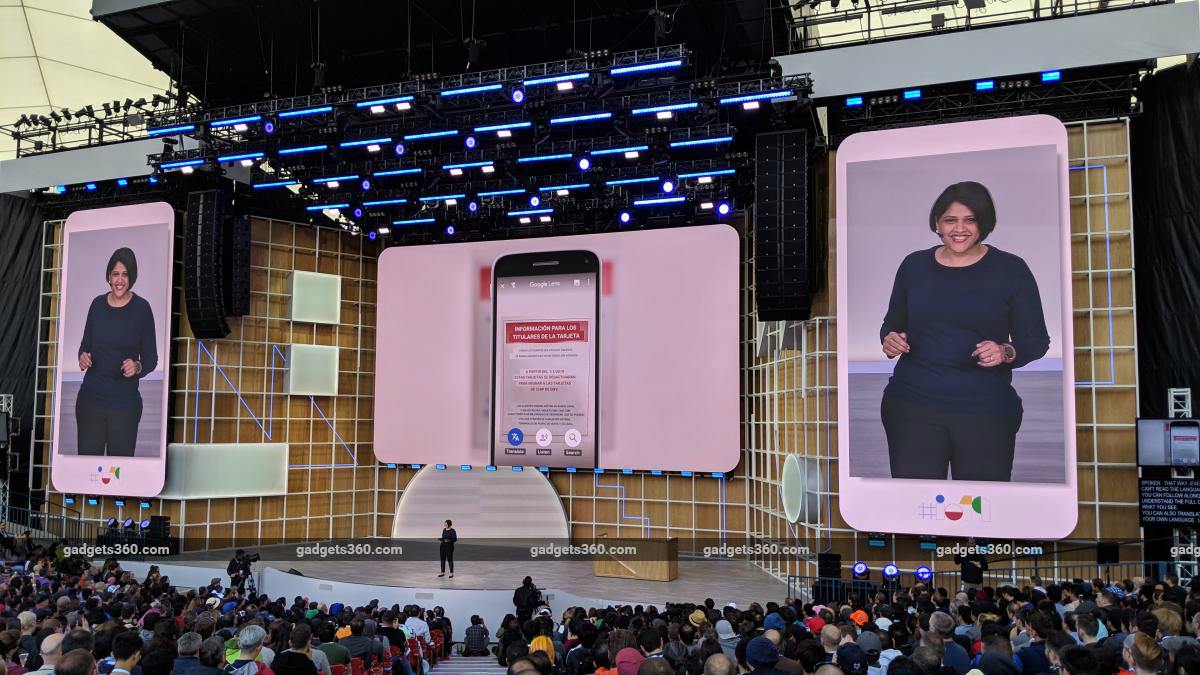 Google Lens in Google Go already works in over a dozen languages, and is just 100KB in size. This feature will roll out later this month.