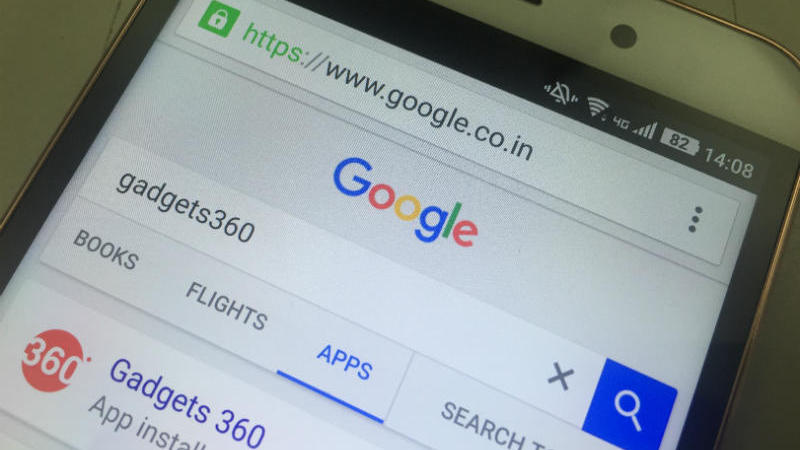 Google has rolled out a "More results" button in Search for mobile users that will allow them to load additional search results beyond the first set that are displayed.

"We've launched a new "More results" button that makes it easier & faster to get more search results on mobile. Now additional listings load below the ones already being viewed, rather than the old "Next" button that would load an entirely new page," Google's Danny Sullivan tweeted via @SearchLiaison late on Wednesday.

Earlier this week, Sullivan had confirmed Google was running a test on the new "More results" button.

"The 'More results' button will appear for searchers using the Google app for iOS & Android or major mobile web browsers other than Chrome for iOS - support for that is coming," the tweet further said.

The new button will load organic results first and then display ads relevant to them, Google added.

Google earlier this month announced a new feature in Search that will help plan movie nights better - movie showtimes. The update is rolling out to the mobile Web interface and the Google Search app on Android in the US and India (in Hindi and English). It will also be available on mobile search in the browser, and soon, on the Google Search app for iOS.

"Going to the movies this weekend? We're now making it easier for you to make plans while you're on the go... When deciding what movie to watch, you usually consider the movie itself along with the showtimes and theatre options. With our latest update rolling out today, you can quickly compare movies by the factors you care most about-ratings, showtimes, theatre location and more-all from the same view. And just as before, you can easily buy your tickets in advance; just click on a showtime to purchase a ticket," Google said in a blog post.

Nokia 6 (2018), Nokia 7 Plus Android 8.1 Oreo Update Now Rolling Out in India
God of War's Combat Borrows From Dark Souls and Improves on It