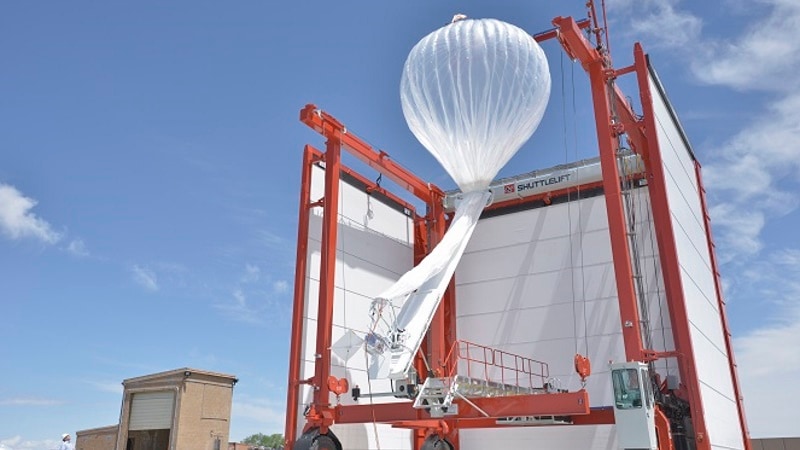 Word that being able to more smartly guide high-altitude balloons promised to improve coverage while curbing cost came as Loon hit headwinds in some locales where it has been testing the technology.

"Out timelines are starting to move up on how we can do more for the world sooner," said Astro Teller, who heads the team at the Alphabet unit X, in charge of "moonshot" projects of the technology giant.

"We are looking to move quickly, but to move thoughtfully," Teller told a small group of reporters inside a former Silicon Valley shopping centre transformed into a "moonshot factory."

The acceleration was credited to software leaps that allow Internet-serving balloons to ride high-altitude winds to ideal locations or loop in patterns that create consistent webs of Internet coverage in the sky.

"We've been working to make the balloons smarter; almost like a game of chess with the winds," Teller said.

He expected Loon to be partnering in coming months with telecom companies to provide Internet to "real users," in a step up from tests done to see how well the high-floating technology works with networks on the ground.

Teller declined to specify where Loon might first be integrated into telecommunications networks providing service to customers.

"We are not going to all of a sudden be everywhere," Teller said.

"We intend to be part of an ecosystem - in any country where we are doing testing we would work with a local telco."

Part of the money-making vision for Loon would be to get revenue from telecom operators for extending their reach.

Teller said Loon is one of the more mature projects at X and that it "would be a natural state to graduate into its own company" but there were no plans at the moment for that to happen.

Grounded in Sri Lanka?
The peek inside X lab and word of speedy progress came the same day that the venture to beam the Internet to the ground via balloon hit a legal snag in Sri Lanka that could see the project abandoned on the island.

But just a year after testing began in Sri Lanka regulators have been unable to allocate Google a radio frequency for the airborne venture without breaching international regulations.

"There are lots of places excited to run experiments with us," Teller said.

"We encourage that, but there are lots of agencies and we need to dot 'I's and cross 't's."

He added that Loon planned to "do things by the book" in any country where it is active, using balloons to get Internet signals far and wide, while local telecom companies tap into the network from the ground.

The first public launch of Loon took place in New Zealand in 2013, when the project was in an early experimental phase.

Alphabet recently told AFP that it gave up on its Internet drone project, called Titan, about a year ago, to focus its resources on Loon where it saw more promise of success.

The economics and technical feasibility of balloons are seen as a more promising way to connect rural and remote parts of the world to the Internet, according to X.

Leading online social network Facebook is continuing to develop an Aquila drone for beaming Internet connection from the sky.