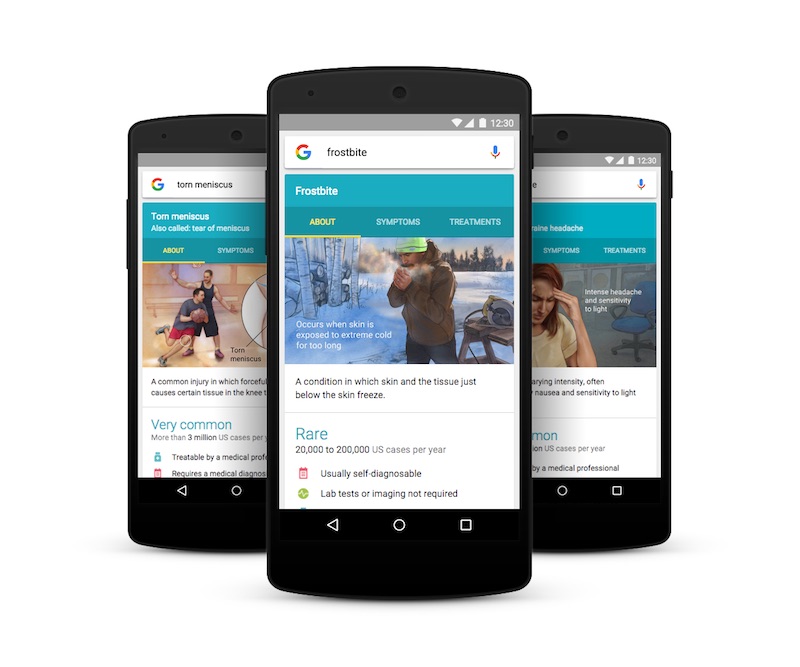 In February, Google introduced fact-checked health information to its search engine's Knowledge Graph feature, the search results with semantic-search information gathered from a wide variety of sources. Google has now added hundreds more conditions to that list, which it says will soon be over 900 illnesses, offering information that could help millions.

Not only has Google's health information Knowledge Graph become more information-rich, it has also gotten smarter, the company noted, showing more relevant results. The company is also giving users the ability to easily download and print pdf files that contain relevant information, a feature that had been widely requested.

Among the list of new additions include tropical diseases. "We're making sure to include neglected tropical diseases, a set of infections that affect over 1.5 billion people including 500 million children in poorer regions. We think it's important for people to have facts on these diseases, such as Dengue Fever (already included), Chikungunya, and Leishmaniasis (to be added soon). Today the feature is still only in US English, but we plan to expand it to more languages and regions," the company wrote in a blog post.

It's an interesting feature that will undoubtedly benefit many. It's no secret that people rely on the search engine when they are unwell. In fact, about one in every 20 search made to Google is a medical query. The company said that the changes will start to appear over the next few weeks. The idea behind this feature is to help people make more informed decisions about their health. But of course you shouldn't take the suggested diagnosis without consulting a doctor, the company said.