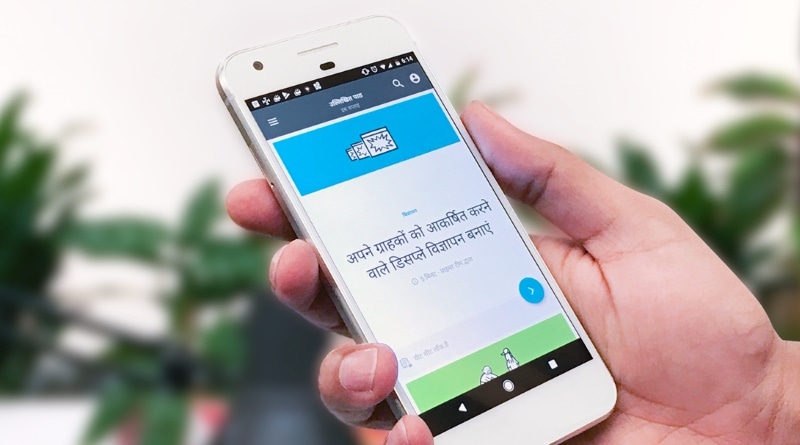 In line with the government's vision to proliferate the digital growth and empower citizens digitally, Google and MeitY on Thursday announced 'Digital Payment Security alliance' initiative that aims to create community awareness on safe and secure digital practices.

Under this initiative, banks, Fintech companies and government will work together to create awareness as users adopt digital and mobile payments.

"The government has been placing a lot of emphasis on digital payments. But digital payments will not be possible unless people are assured it is secured. So the government is working on all levels to enhance the security architecture," Aruna Sundararajan, Secretary, Ministry of Electronics and Information Technology (MeitY) told reporters in New Delhi.

"We will work with the government to get every Indian online," she added.

Google, in collaboration with the MeitY also announced "Digital Unlocked" initiative that aims to train one lakh artisans per year across India and enable them to tap into newer markets through improved visibility of their products on Internet.

The artisans will be trained by National Institute of Electronics and Information technology (NIELIT).

"We are delighted to support Prime Minister's vision of creating a 'New India' where technology unleashes a wave of new opportunities. We are committed to look forward to working with MeitY across these broad range of initiatives and help every Indian to leverage the power of Internet," Rajan Anandan, Vice President, Southeast Asia and India, Google told reporters.

Around 300 million Indians use Internet on smartphone and leveraging this massive use of mobile phones, Google also announced the launch of Android Skill programme that will train two million developers in India with the help of NIELIT.

"We are also undertaking initiatives like enhancing the government's presence online, especially on mobile platform to enable citizen engagement and training and capacity building programmes on digital tools," Anandan added.

Sundararajan said that contrary to the conventional paradigm, both the state and central governments have become innovative and disruptive.