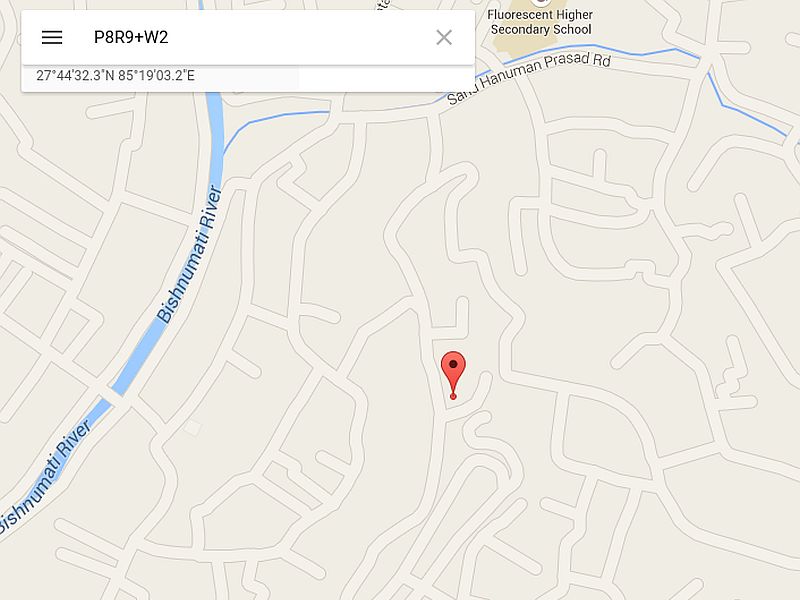 Google has announced that the Open Location Code (OLC also known as Plus Codes) are now searchable on Google and Google Maps. Additionally, Google's Map Maker, which was shut down in May after controversial spam attacks, is finally reopening in six countries including India.

The Plus Codes were introduced back in April to provide an address for locations that didn't have specific addresses in the world, according to Google. The new feature can be used to pinpoint the places that might be "harder to find" and don't have specific street addresses. Google suggests Plus Codes can be useful at locations that have high population density but have poor data accuracy or coverage or the places that lack a proper addressing system altogether.

"Kathmandu, Nepal, has a population of around 1 million people, but most roads have no names and houses have no street numbers. Being able to precisely navigate without local knowledge is difficult. Plus Codes will now let you easily specify your destination," notes Rasto Sramek, Software Engineer, Google Maps.

The company believes that the Plus Codes can be handy for small businesses that rely on customers being able to find them or even crisis response organizations that rely on accurate location information.

In other news, Google announced to reopen its crowd-sourced map making tool, Map Maker, starting with six countries including Bangladesh, Brazil, Canada, Philippines, and Ukraine apart from India. At these locations, the Map Maker is now available to open for editing.

Pavithra Kanakarajan, Product Manager, Google Map Maker, explained some of the new major changes in the Map Maker such as Regional Leads, which are selected mappers in each country, will be able to moderate edits done by other mappers in their respective regions, and Polygon editing will be unavailable. "We have temporarily disabled the ability to add or edit geometries of polygons. You will, however, be able to edit other attributes such as names on polygonal features," adds Kanakarajan.

Adding further, she added that while Regional Leads will moderate; though edits will continue to be reviewed by Google's automated moderation systems as well.

The additional moderation by Google for its user-edited online map system has been added because of the embarrassment incident where an image of an Android mascot urinating on an Apple logo appeared on the Map for a brief period. Other high-profile incidences included a revision of the map of the White House in April to include a new business called "Edwards Snow Den," and later in May, a revision of the description of the White House with a racist term.