The new Google Maps hyperspace animation was first spotted by a Reddit user. 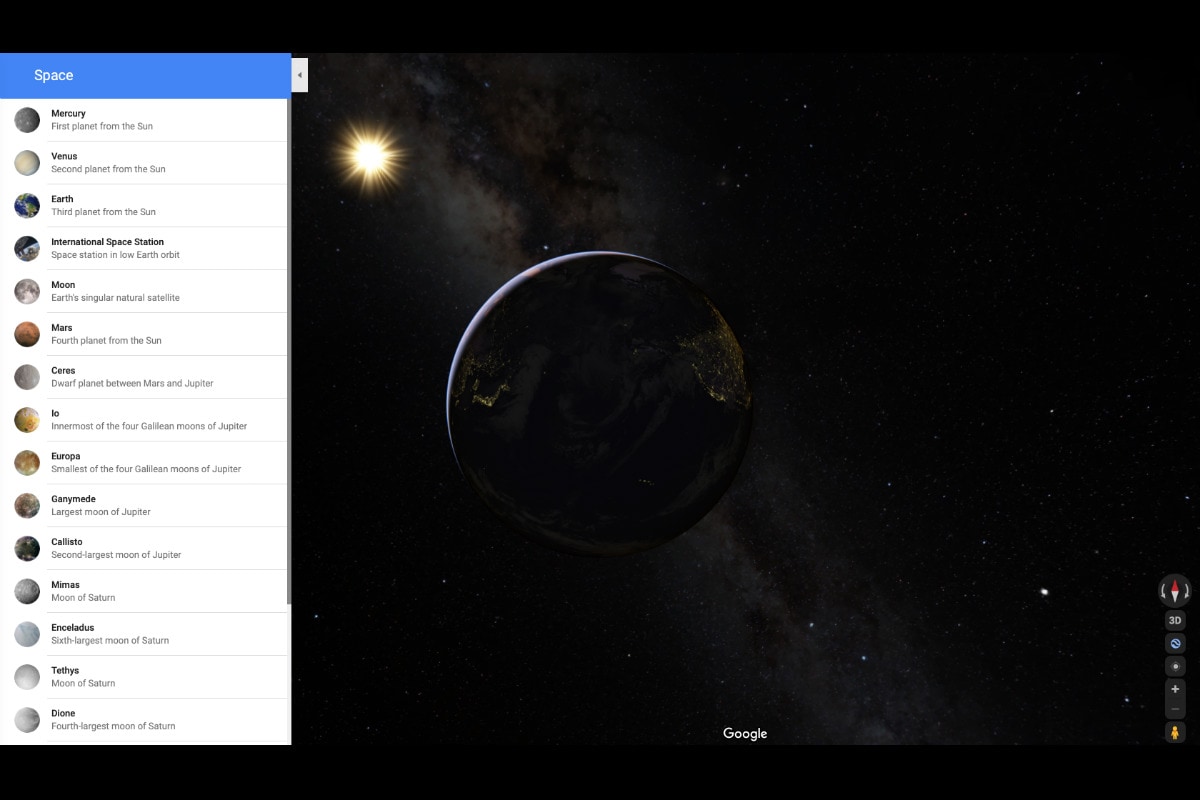 Since 2017, users can virtually visit many planets and moons in our solar system via Google Maps

The Web version of Google Maps has quietly added hyperspace animation while switching between planets. For those who are not aware of Maps' planets feature, Google had first announced back in 2017 that users will be able to virtually visit many planets and moons in our solar system using Google Maps for the Web. In addition to the ability to check out other planets, during the same time, Google also added the ability to use Street View within the International Space Station. Again for those who don't know, Street View by Google Maps is a virtual representation of a particular surrounding on Google Maps, consisting of millions of panoramic images.

Coming back to the new feature on Google Maps for the Web, this hyperspace animation for switching between planets was first spotted by a Reddit user. So now, whenever you are using Google Maps on your computer and you switch from the Earth to the other planets in the solar system, you will see a cool new hyperspace animation. Moreover, this is not just any other animation we are talking about, instead, it looks pretty much like the ‘jump to lightspeed' animation, made popular in the Star Wars movie franchise.

How to check out hyperspace animation in Google Maps

1. Well, simply open the Web version of Google Maps on your computer.
2. After opening Google Maps, at the bottom right corner of the screen, tap the ‘-‘ icon and zoom-out as far as you can.
3. Now, from the hamburger icon on the top-left corner of the screen, click on Satellite.
4. Next, click on the ‘-‘ icon to zoom out one more time and that's it, you've now entered the space view on Google Maps.
5. Now, on the left side of the screen, you will see a list of planets and moons mentioned.
6. So, whenever you tap on any of the planets or moons, Google Maps will show a new hyperspace animation while switching between locations.

We are not exactly sure when this hyperspace animation was originally added to Google Maps, as there hasn't been any official statement from Google. Still, this new feature will definitely interest the Star Wars fans out there.