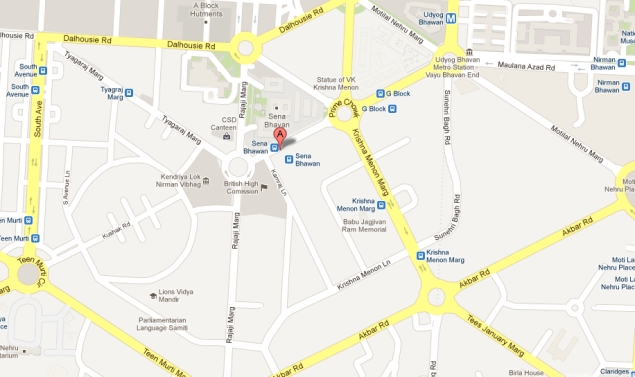 After meeting Defence Minister A.K. Antony, Vijay said that Google Mapathon 2013 is based on community mapping where people mark buildings and localities and Google publishes it.

"Their maps have locations marked as Rajya Sabha, Sena Bhawan, Lok Sabha, Naval Dock Yard and various ministries. It is shocking how such a grave violation has not caught the eyes of the government and no action has been stipulated against Google in India," Vijay said.

He said people in general are not aware of mapping policy provisions.

"A lot of data may be sensitive but the common man, being unaware of its implications, is providing Google such data," he said.

Vijay added "The country's National Mapping Policy of 2005 allows only the Survey of India to prepare maps in India with the National Remote Sensing Centre. I demand an immediate inquiry and registration of a criminal case against Google for violating Indian defence regulations."

He said the maps could be used by terrorists as Google Earth provides free Internet satellite pictures with no control to prevent misuse or limit access to sensitive places such as Bhabha Atomic Research Centre, Naval dockyards, nuclear and oil establishments and Rashtrapati Bhavan.

"Antony agreed that this was a serious matter and assured that it would be examined and action considered," he added.