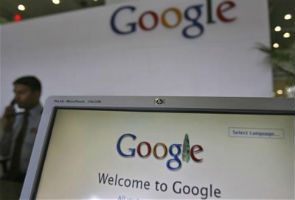 Highlights
Internet giant Google was Tuesday found guilty of false and misleading advertising in Australia after a court upheld an appeal by the country's competition regulator.

Google had won a case brought by the Australian Competition and Consumer Commission (ACCC) in September over claims that sponsored links at the top of its search results were misleading to consumers.

But the watchdog appealed in four of the 11 cases and the Federal Court overturned the original decision.

"In our respectful opinion, the primary judge erred in failing to conclude that Google engaged in misleading and deceptive conduct in the four cases," the court ruled.

The court ordered Google, the dominant search engine in the Australian market, to pay the ACCC's costs and implement a compliance programme.

The search engine said it was considering its options.

"We are disappointed by the Federal Court's decision that Google should be responsible for the content of four particular ads on its platform," Google said in a statement.

"Google AdWords is an ads hosting platform and we believe that advertisers should be responsible for the ads they create on the AdWords platform.

"We are currently reviewing our options in light of the court's decision."
Comments