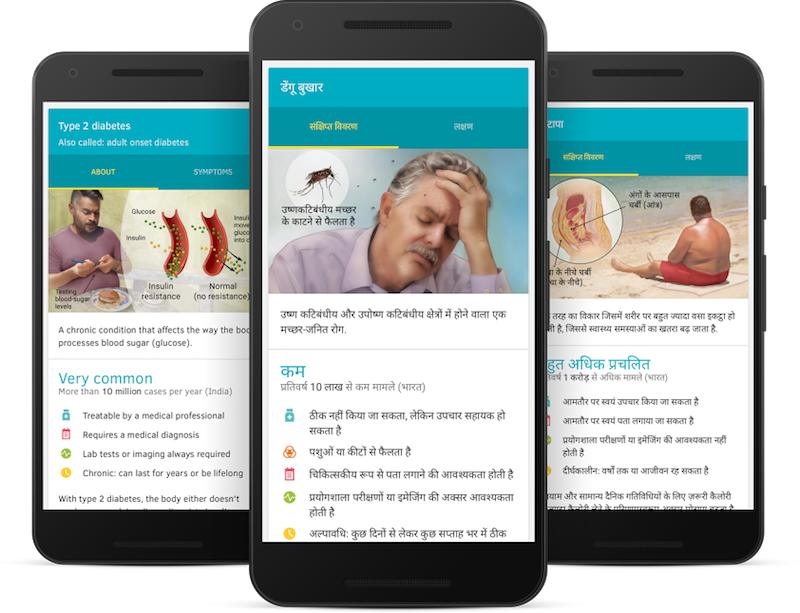 Google on Tuesday announced that it is launching its health search feature in India, powered by Knowledge Graph. Google health, which is now live in the country, returns relevant and verified medical details, presented as cards, on the search page when online searches on health-related topics are made. India is the third country after Brazil and the United States where Google has launched this feature.

The company made the announcement at a media event in New Delhi, detailing how this capability is making it easier for users to quickly get accurate information. The company noted that one in 20 searches made online is health related. In India, the doctor to patient ratio is also something concerning, Google notes. It's roughly at 1 doctor for 11,500 patients. The feature is also available in Hindi.

The feature, which is live on Google app and search on Android, iOS, and desktop, tells users known symptoms, affected age group and other relevant information to a disease. For instance, as you can see in the image below, searching for "heart attack," on Chrome returns information such as symptoms of heart attack, and what kind of medical diagnosis is required. The search giant also noted that it is launching 'Lite Cards' in India so that it could also cater to users on slow-Internet plans. Users can also download information in pdf for offline viewing. 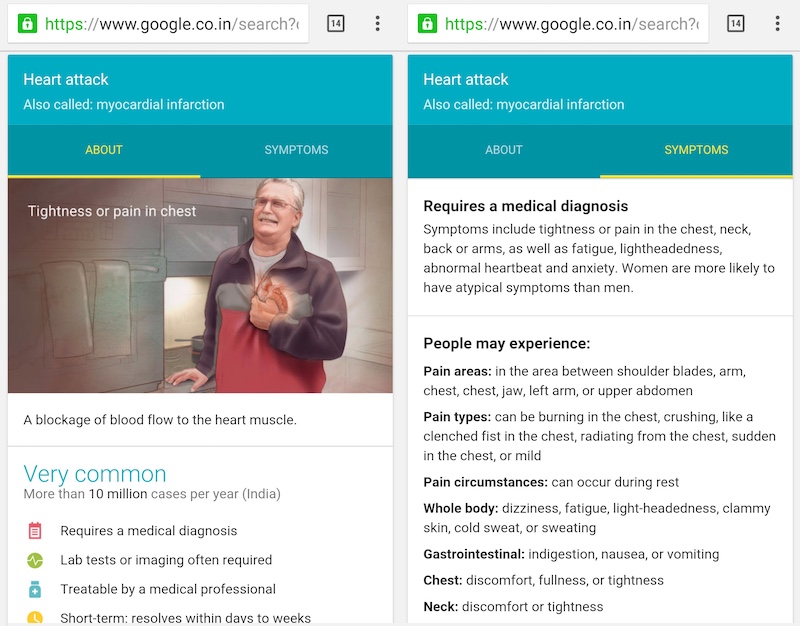 The Mountain View-based company has integrated data from Apollo hospitals in Google Search for the insights. The company adds that it has also added India specific diseases information. As of current, Google offers information on more than 400 diseases. The company, however, warned that the search results are information only, and should not be considered medical advice. The company says that its program is open to all hospitals and that the reason for its partnership with Apollo was the hospital's scale in India.

At the time of launch, the feature was only available in the United States. Given how lengthy the integration process is - for instance, to launch this program in India, Google first sourced health-related facts from reliable sites, which was then reviewed by a team of licensed medical doctors, after which illustrations were created, then multiple doctors checked for accuracy, and then Apollo Hospitals reviewed it again and made final revisions - it's understandable why it took more than a year for this feature to trickle down to India.