Google goes on the offensive against online news aggregators 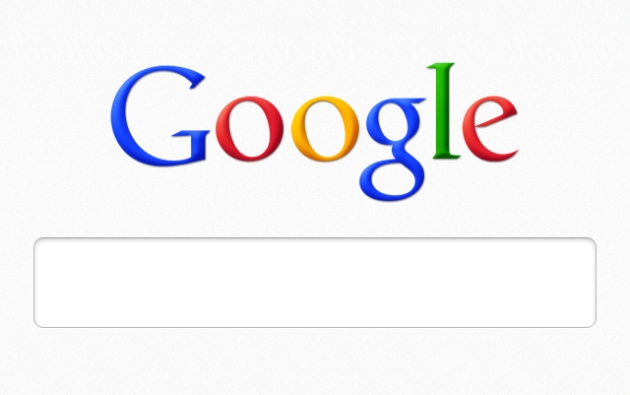 Google's imprint on daily life is hard to ignore in Europe, where it reportedly has 93 percent of the Internet search market, more than in the United States. Yet when it comes to its lobbying of lawmakers, Google prefers a low profile.

That all changed this week when Google fired a rare public broadside against a proposal that would force it and other online aggregators of news content to pay German newspaper and magazine publishers to display snippets of news in Web searches.

The proposed ancillary copyright law, which is to have its first reading Friday in the lower house of Parliament, the Bundestag, has ignited a storm of hyperbole pitting Google and local Web advocates against powerful publishers including Süddeutsche Zeitung, Frankfurter Allgemeine Zeitung, Bild and Die Welt.

Google took off the gloves Tuesday when it opened a campaign urging German users to e-mail members of the Bundestag with their concerns. Google said the proposal would shrink the free flow of information on the Internet in Germany, perhaps even forcing it to display blank links to German references.

The issue is also being debated in other European capitals. In October, President François Hollande of France asked the Google executive chairman, Eric Schmidt, to have a representative meet with a government mediator to resolve the issue. The company complied. The implicit threat was that if no solution were found, France might pursue a legislative option.

Christoph Keese, the senior vice president of Axel Springer, publisher of Bild and Die Welt, two of the largest-circulation newspapers in Germany, said lawmakers in Italy, Switzerland, Austria, Portugal and Spain were considering similar measures. Google said that conversely, new laws passed in Canada, and proposals that could soon be adopted in Britain and the Netherlands, would further loosen copyright restrictions and free up new kinds of Internet sharing.

The German proposal "would make it much more difficult to find the information that you seek in the Internet," Google warned in its campaign, which it titled "Defend Your Internet."

The unusually public salvos from Google caught many German lawmakers by surprise. Chancellor Angela Merkel raised the issue at a working dinner Tuesday with a group of lawmakers from her party, the Christian Democratic Union, including Peter Beyer, a member of the Bundestag from Ratingen, a town near Düsseldorf.

"She asked us how many e-mails we'd received and we told her," he said Wednesday during an interview, adding that he had received fewer than 10 from Google supporters. "Most of use had only received a few, three or four. She and the rest of the C.D.U. are still behind this law. I have no doubts that it will pass."

That may not be as simple as supporters envision.

Germany's main technology industry association, the Federal Association for Information Technology, Telecommunications and New Media, known as BitKom, has come out sharply against the proposal, saying it will curb investment in the German digital economy.

"They are planning a law that would be unique worldwide, which would send a negative signal to investors: Innovative online services are not desired in Germany," said Bernhard Rohleder, chief executive of BitKom.

A letter to Bundestag members signed jointly by 16 copyright law professors, the Max Planck Institute for Intellectual Property and Competition Law, and Grur, an association representing 5,300 German copyright lawyers, warned that the law could cost Germany jobs. "There is a danger that this law will have unforeseen negative consequences," the letter read.

By midday Wednesday, one day into the campaign, Google said that 25,000 people had signed its petition and that it expected a half-million people to have viewed its Web site.

The showdown being played out in Berlin may not be resolved by lawmakers until early next year. But it stems from a long-running dispute between Google and German newspaper and magazine publishers that dates from 2007, said Anja Pasquay, a spokeswoman for the German Association of Newspaper Publishers.

That was when publishers first decided to pursue a legislative solution after failing to persuade Google to sit down and negotiate a licensing agreement for the industry, Ms. Pasquay said.

"Almost all of our members support this," Ms. Pasquay said during an interview. "Our members are not opposed to the Internet economy. They welcome it. But they don't think they have to give away their work for free on the Web."

Ralf Bremer, a Google spokesman in Berlin, said it was in constant contact with German publishers, who routinely receive 70 to 80 percent of revenue from advertisements displayed on their Web sites through AdSense, Google's online advertising service. Globally, Google distributed $7 billion in ad-sharing revenue to publishers in 2011, some of which went to German news outlets.

German publishers, like those elsewhere, also have the ability to send a code to Google that effectively blocks aggregation services from mining and displaying their content. Google also gives publishers another tool that enables them to decide whether content in search rankings is displayed in a short snippet or left blank in a simple link.

Mr. Bremer said Google had gone public with its opposition to the proposed law because German news organizations were not reporting on the issue or were slanting their coverage to emphasize their own stance.

"The German public does not know about this proposal," Mr. Bremer said. "The German print press has been reluctant to report on this in a balanced manner. We therefore came up with our own information."

In a blog post, Google's director of public policy in Europe, Simon Hampton, cited a statement released by the European Journalism Center, a professional training and seminar organization in Maastricht, the Netherlands, which compared the German proposal to asking local newsstands to pay royalties for just displaying newspapers and magazines.

Under the proposal before the Bundestag, aggregators like Google would first have to obtain the permission of publishers to present even one-paragraph summaries of free content in Web search rankings. Publishers are more than willing to sell Google a license for this purpose, Mr. Keese of Axel Springer said. He predicted that Google's public relations offensive might cause a backlash among German lawmakers, who are unaccustomed to targeted, issue-oriented Internet lobbying.

"Google is using its dominant market position and power to get its way," Mr. Keese said. "They are doing what they always do. They don't negotiate. But they are more than willing to use their power to protect their monopoly revenues."

Mr. Beyer, the Bundestag member, said Google was overstating the issues. "Google is a super search engine and a great company, but this does not spell the end of free information on the Internet," he said. "Google should stick to the facts and tell the truth."