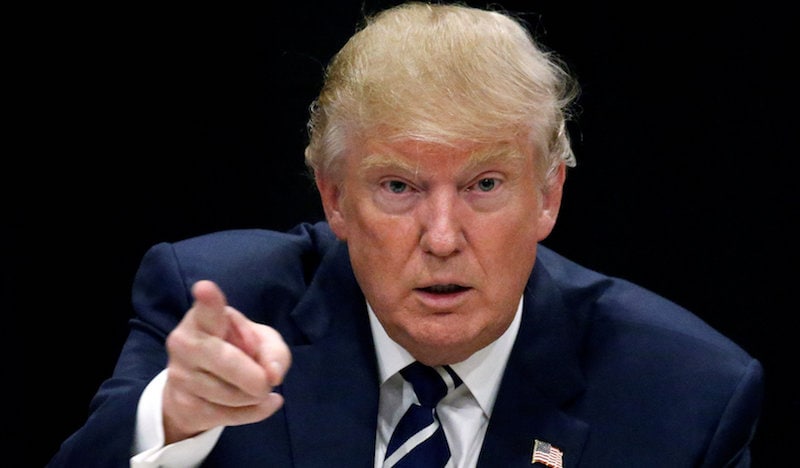 The letter sent on Monday by the Internet Association, a trade group whose 40 members also include Alphabet's Google, Uber and Twitter, represents an early effort to repair the relationship between the technology sector and Trump, who was almost universally disliked and at times denounced in Silicon Valley during the presidential campaign.

"The internet industry looks forward to engaging in an open and productive dialogue," reads the letter, signed by Michael Beckerman, president of the Internet Association, and seen by Reuters.

Some of the policy goals stated in the letter may align with Trump's priorities, including easing regulation on the sharing economy, lowering taxes on profits made from intellectual property and applying pressure on Europe to not erect too many barriers that restrict US internet companies from growing in that market.

Other goals are likely to clash with Trump, who offered numerous broadsides against the tech sector during his campaign.

They include supporting strong encryption in products against efforts by law enforcement agencies to mandate access to data for criminal investigations, upholding recent reforms to US government surveillance programs that ended the bulk collection of call data by the National Security Agency, and maintaining net neutrality rules that require internet service providers to treat web traffic equally.

The association seeks immigration reform to support more high-skilled workers staying in the United States. Though Trump made tougher immigration policies a central theme of his campaign, he has at times shied away from arguing against more H-1B visas for skilled workers, saying in a March debate he was "softening the position because we need to have talented people in this country."

(Also see: Facebook Denies Report It Failed to Deploy a Tool to Weed Out Fake News)

While urging support for trade agreements, the letter does not mention the Trans Pacific Partnership, which Trump has repeatedly assailed with claims it was poorly negotiated and would take jobs away from US workers. The technology sector supported the deal, but members of Congress have conceded since the election it is not going to be enacted.

Trump's often-shifting policy proposals on the campaign trail frequently alarmed tech companies and sometimes elicited public mockery, such as when Trump called for closing off parts of the internet to limit militant Islamist propaganda.

Trump has also urged a boycott of Apple products over the company's refusal to help the Federal Bureau of Investigation unlock an iPhone associated with last year's San Bernardino, California, shootings, threatened antitrust action against Amazon, and demanded that tech companies such as Apple manufacture their products in the United States.

In a statement, Beckerman said the internet industry looked forward to working closely with Trump and lawmakers in Congress to "cement the internet's role as a driver of economic and social progress for future generations."