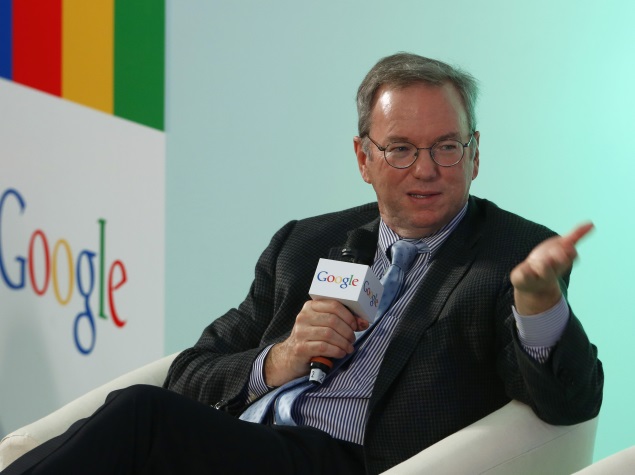 A team of top Google executives is visiting Cuba to promote open Internet access, according to a dissident blogger who says she met the group in Havana.

The team, led by Executive Chairman Eric Schmidt, met with Cuban officials as well as independent people in the technology and digital field, according to a report on the independent news website 14ymedio.com, which was started last month by blogger Yoani Sanchez.

Google is on an official two-day visit "to promote the virtues of a free and open Internet," the report said.

Schmidt appeared to confirm the report when he retweeted a message on Twitter posted by Sanchez about the visit.

Neither Google nor the Cuban government made any official statement about the executives' presence in Cuba.

Cuba does not allow open Internet access. Only 2.6 million out of a population of 11.2 million have Internet access, almost entirely limited to government-run centers, foreign companies and tourist hotels. Most of those who do have access are only been able to explore a limited, state-controlled basket of approved websites.

Schmidt, who was Google's chief executive from 2001 to 2011, is becoming more visible on issues involving technology and world affairs. His mandate as executive chairman involves government outreach, thought leadership and building partnerships and business relationships, according to the company.

Schmidt was accompanied by Jared Cohen, director of Google Ideas, as well as two other staff, Sanchez said.

Google Ideas describes itself as a "a think/do tank that explores how technology can enable people to confront threats in the face of conflict, instability or repression," according to its website.

Schmidt and Cohen are the coauthors of The New Digital Age, published last year, and have a track record of speaking with leaders of countries that restrict free speech to advocate for a free and open Internet.

Schmidt was the first high-profile tech executive to visit Myanmar last year in the wake of reforms that prompted Western nations to ease sanctions following decades of military dictatorship.

The Google delegation in Havana met with students and was given a tour of Havana's University of Information Sciences on Saturday, according to 14ymedio.

Sanchez started 14ymedio, Cuba's first independent online newspaper in May, although the site has been repeatedly blocked in Cuba.

The Cuban government sought to discredit Sanchez as a paid propagandist doing the bidding of the U.S. government.

The 14ymedio.com site seeks to draw attention away from the communist-ruled country's state-controlled media and challenge the government's heavy media restrictions. Cuba has been tolerating more criticism in recent years but not yet from such a professional-looking website produced on the island.

Sanchez's blog on daily life and politics in Cuba, Generation Y, has rattled the Cuban establishment, and she has won prestigious media awards in the United States and Europe.