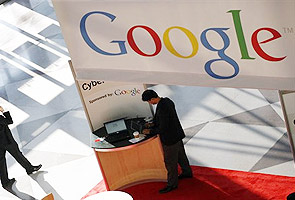 Highlights
For a dozen years, Google Inc. has been occasionally swapping its everyday logo for a "doodle," a sketch celebrating holidays, inventions, artists and sporting events, and showcasing designs from contest-winning students.

Usually, Google makes it clear what's being celebrated, using the doodle as a lure to teach web surfers more about the topic, artist Nam June Paik on his birthday, for example, or the history of China's lantern festival, to pick just two of more than 300 past designs.

But Google has so far left Tuesday's doodle a mystery, prompting people to speculate about the meaning of this mass of blue, red, yellow and green bouncing balls that skitter across Google.com as if allergic to the mouse pointer before settling into the familiar logo pattern.

Google's official statement says merely that "today's doodle is fast, fun and interactive, just the way we think search should be."

Adding to the intrigue, the company also tweeted on Twitter, "Boisterous doodle today. Maybe it's excited about the week ahead..."

So what's happening this week? Online, some folks speculate that the doodle marks a celebration of Google's September birthday.

Others believe it's a way to show off emerging web coding technology that, among other things, will speed up animations like this one. Yet more curious searchers note that Tuesday marks the day a television pioneer transmitted an image electronically for the first time.

Regardless of how the Google doodle caper shakes out, one thing is clear: In the US, at least, the Tuesday after a long holiday weekend is the perfect time for a bouncy distraction.