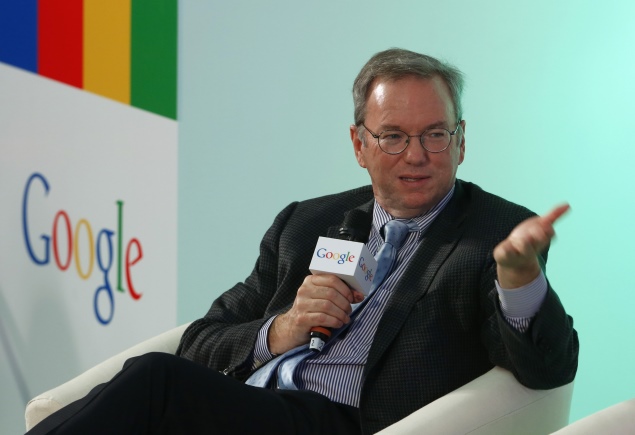 Writing in British newspaper the Daily Mail, Google's executive chairman said more than 100,000 searches would no longer feature such material in their results.

The restrictions will initially apply to English-speaking countries but will be expanded to the rest of the world and 158 other languages within six months.

The announcement comes ahead of Monday's Internet Safety Summit at Prime Minister David Cameron's Downing Street office, where Google and Microsoft will be joined by other Internet firms.

Schmidt wrote: "While society will never wholly eliminate such depravity, we should do everything in our power to protect children from harm."

He said that in the last three months, Google had put more than 200 staff working on developing new technology to tackle the problem.

"We've fine tuned Google Search to prevent links to child sexual abuse material from appearing in our results," he wrote.

"While no algorithm is perfect and Google cannot prevent paedophiles adding new images to the web these changes have cleaned up the results for over 100,000 queries that might be related to the sexual abuse of kids.

"We will soon roll out these changes in more than 150 languages, so the impact will be truly global."

Schmidt said warnings from the California-based Internet giant were now showing at the top of results for more than 13,000 searches. The alerts also make clear that child sexual abuse is illegal and give advice on where to get help.

He also said Google had developed technology that allowed illegal videos to be 'tagged' so all duplicate copies can be removed across the web.

"We welcome the lead taken by the British government, and hope that the technologies developed (and shared) by our industry will make a real difference in the fight against this terrible crime," said Schmidt.