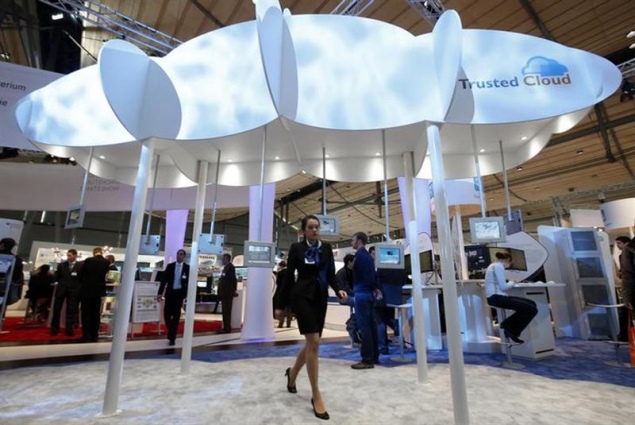 Google is stepping up its efforts to move into the Internet "cloud," taking on rivals like Amazon and Microsoft in competition for business customers.

The California tech giant said Tuesday that its cloud platform's key compute engine was now "generally available" after a test period, and that it has lowered prices by 10 percent and dropped storage prices by at least 60 percent.

"We're looking forward to this next step for Google Cloud Platform as we continue to help developers and businesses everywhere benefit from Google's technical and operational expertise," said Google's Ari Balogh in a blog post.

Cloud computing is one of the fastest-growing services in the tech sector, enabling companies to store data and provide services from a cloud provider without having to install their own servers and maintain them.

Google cloud customers include Snapchat, the fast-growing social network which handles hundreds of millions of messages each day, and Rovio, creator of the "Angry Birds" online game.

Romin Irani, who blogs at the website Programmable Web, said Google "is positioning itself as a major player to help mobile developers get off the block fast."

He added that Google has worked out ways to "provide infrastructure and security management automatically," simplifying the task of creating mobile applications.

"Will Google be able to make inroads into Amazon's domination of the IaaS (infrastructure as a service) landscape? Developers will tell," Irani said.

Amazon, a big player in cloud computing which recently won a CIA contract, saw its stock price fall 2.0 percent to $384.38 after the Google announcement. Rackspace, another big cloud player, was down 5.5 percent at $35.43.