Google, Box Team Up to Improve Cloud Productivity for Businesses 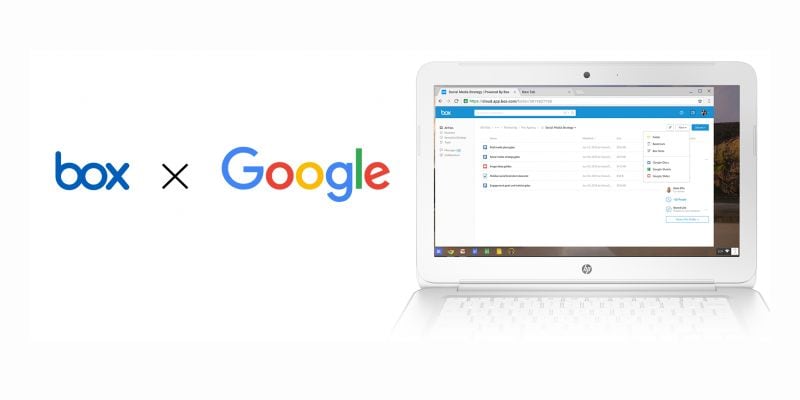 Google on Wednesday announced a partnership with Box, an online file sharing and content management service for businesses, which will allow the latter to act as a third-party repository for Docs, Sheets, and Slides.

The company says that Box will integrate with Google Docs and Google Springboard to deliver a "seamless experience for working and collaborating" for the enterprise customers in the cloud. The partnership will also allow users to create and collaboratively edit Google Docs directly from Box.

Apart from the Docs integration, Google also confirmed that it is working to integrate Box with Google Springboard, which was announced recently and is an AI-powered digital assistant for enterprise customers offering content from Google apps.

"We're also working together to integrate Box with Google Springboard, which connects people and information with Google-powered search and intelligence. Through this integration, Springboard will help users find the right information at the right time, no matter where it's hosted - in Gmail, Drive, Docs or in Box," said Nan Boden, Head of Global Technology Partners, Google in a blog post.

Google announced that customers like Avago, Intuit, Internet2, and Whirlpool are already using Box and Google together.

"We're excited to partner closely with Box to expand our efforts in the enterprise and transform how businesses work in the cloud. We want our customers to have flexibility in their choice of tools and to have the most productive and collaborative suite possible for their needs," added Boden. Google's move to partner with Box seems an interesting move from the company considering Google already has its own cloud storage service Drive.