Share on Facebook Tweet Snapchat Share Reddit Email Comment
Alleged screenshots of Google Babel, Google's supposed new integrated chat service have appeared online. Techradar has posted some screen grabs of the new service, which it says it received from someone who claims to be a Google employee. The screenshots, if genuine, confirm the Babel (and not Babble as initially reported) name as well, which is displayed in a feedback hover over.

The screen grabs suggest that the interface of the new service would have a threaded-messaging style with image thumbnails instead of a text-based layout. It will be integrated with Google+ and users will be able to invoke a hangout from within the chat window. The chat service would offer new emoticons but users would need to link their Google+ accounts in order to transfer images via the chat service. 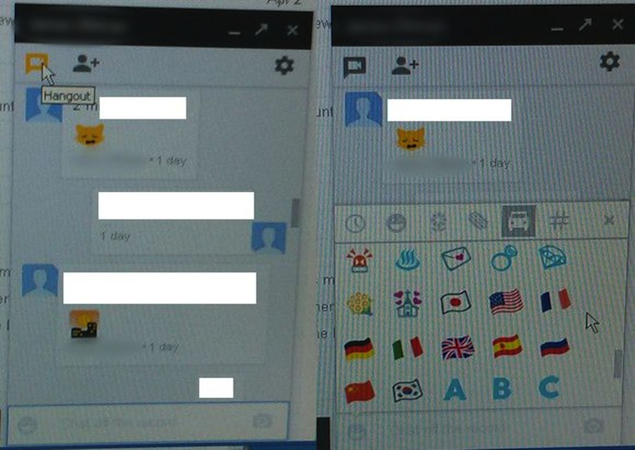 It's difficult to verify the authenticity of the screenshots as the source chose to remain anonymous.

Before this leak, Google+ user Patric Dhawan posted a screenshot of a message that popped up while he was cleaning his inbox, referring Gtalk chat as Babel chat.

We had earlier reported that Google was looking to unify its messaging platforms into one single service, expected to be christened Babble/Babel based on a Geek.com report. The website cited multiple sources to inform that the Babble service was being built from scratch to solve problems of Google's chat products not interacting with each other efficiently barring Google Talk for Gmail and Google+.