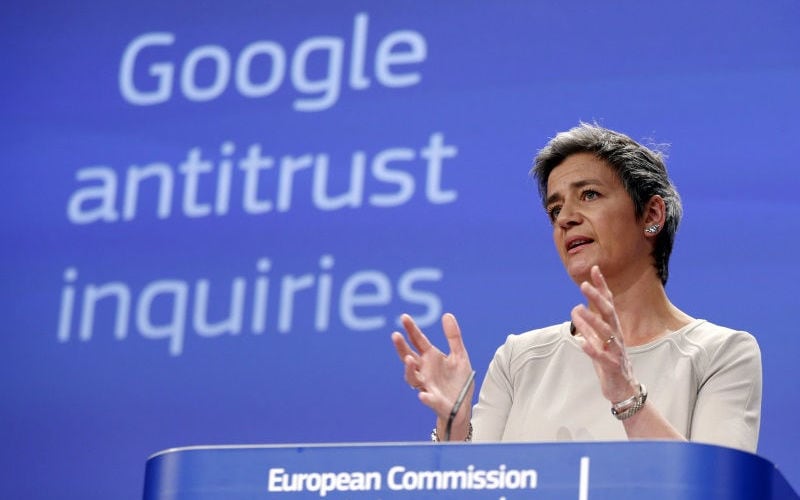 The record EUR 2.4-billion fine slapped on Google by the EU for abusing its market dominance "will find its way back to European citizens," Europe's competition chief said Saturday.

Although the US tech giant has said it expects to appeal, if the European Commission wins, "this fine will return to European citizens" via the governments of the 13 member states involved, European Competition Commissioner Margrethe Vestager said on French radio.

She said each of these countries would see its contribution to the EU budget reduced in the following year, "pro rata, based on this fine".

Brussels has accused the world's most popular Internet search engine of giving an advantage to its Google Shopping service.

Google Shopping shows the images and prices of products in response to shopping-related searches when someone uses the search engine.

The EU says that Google is giving its own service too much priority in search results to the detriment of other price comparison services, such as TripAdvisor and Expedia.

Google Could Learn From Erstwhile Rival Microsoft in EU Deals

The case, launched in 2010, is one of three against Google and of several against blockbuster US companies including Starbucks, Apple, Amazon and McDonalds.

Vestager has said "preliminary conclusions" in the Android and AdSense cases against Google also showed it breached EU rules.

The cases have stoked tensions with Washington and could face the wrath of President Donald Trump, the tycoon who won office on his "America First" slogan and has previously hit out against the EU.