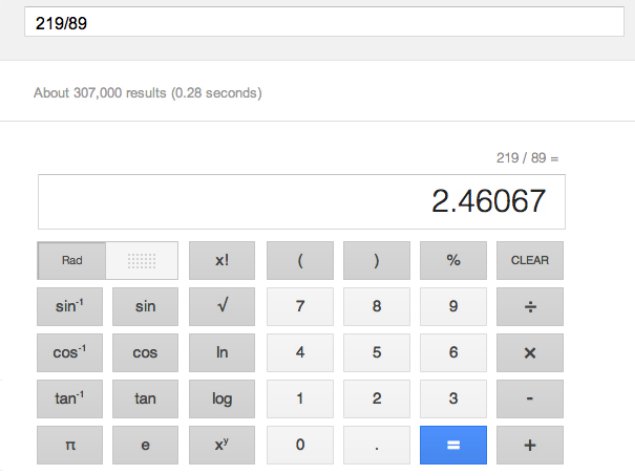 Google has now added a visual interface for its built-in calculator function, which shows 34 buttons.

The scientific calculator has functions for calculating sines, cosines and tangents along with logs, radians and also features dedicated buttons for Pi and Euler's number.

The working is pretty simple. Now when a user types a mathematical calculation in Google's search, say 4+9 or 6 x 5, Google throws up the answer instantly within the calculator.

What's interesting is that if a user searches for 'scientific calculator' in Google, even then the 34-button calculator shows up followed by other searches.

The search giant had yesterday announced the rolling out of its Panda algorithm update (version 3.9) via its official Twitter account. Google Panda, which initially launched in February 2011, is aimed to lower the ranks of low quality websites and list high quality sites close to the top of the search results.

Google has implemented quite a few features with regards to its searches, one of them being Knowledge Graph launched in May. Knowledge Graph aims at providing users with more relevant and in-depth results for search queries. The idea was to get more accurate results in fewer clicks, while keeping the relevancy intact.