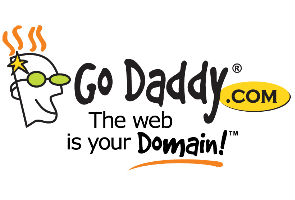 Go Daddy, one of the world's biggest Internet hosting companies and website registration companies, blamed technical problems for a nearly six-hour service disruption that affected some of its more than 10 million customers on Monday.

Sporadic outages throughout the day were caused by "a series of internal network events" that corrupted data in the company's networking equipment, interim Chief Executive Scott Wagner said in a statement.

Go Daddy spokeswoman Elizabeth Driscoll declined to say how many customers had been affected by the outage.

One of those customers, online retailer RunningShoes.com, said it was down sporadically throughout the day, including one stretch that lasted about two hours.

"It was a pretty devastating event," said RunningShoes.com Chief Executive Chad Weinman, who estimated that the site lost about $50,000 in revenue as potential customers went elsewhere.

Go Daddy apologized for the outage.

"We will be reaching out to customers in the coming days with a good faith gesture that acknowledges the disruption," Driscoll said.

Go Daddy, which features Nascar driver Danica Patrick in its ads, describes itself as the world's largest web hosting company and also the top provider of domain names.