Google plans to ramp up security at its free email service by letting users know when messages arrive via unencrypted connections that could be prone to snooping or tampering.

"These warnings will begin to roll out in the coming months," Elie Bursztein and Nicolas Lidzborski of the Gmail security team said in a blog post this week.

"While these threats do not affect Gmail to Gmail communication, they may affect messaging between providers."

The announcement came with study results indicating that email encryption is on the rise, along with measures to thwart spam and fraud by better authenticating messages. 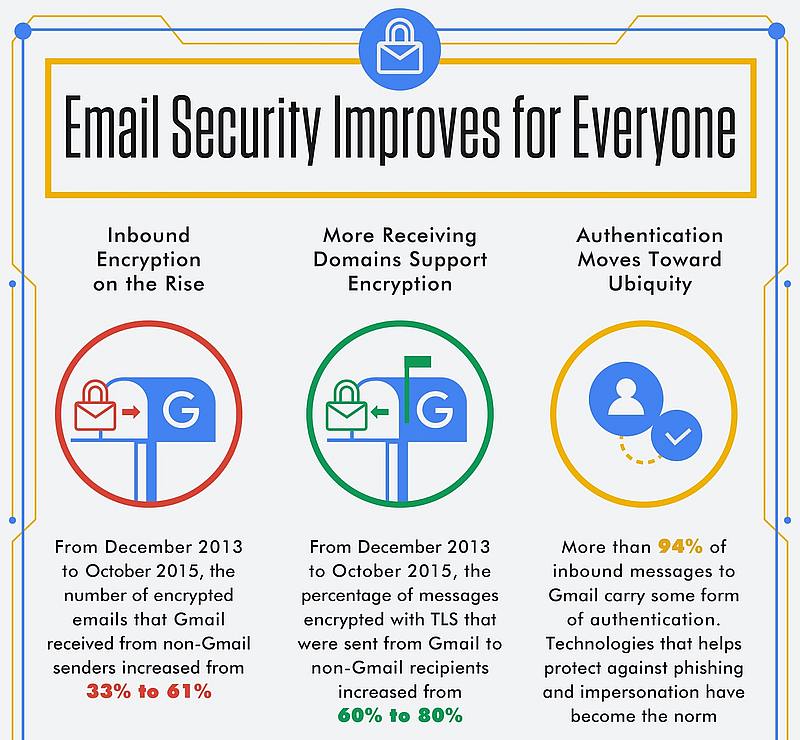 However, Google said that it found regions of the Internet where email encryption was being covertly thwarted and also uncovered malicious servers programmed to essentially hijack Gmail messages by giving them bogus routing information.

"While this type of attack is rare, it's very concerning as it could allow attackers to censor or alter messages before they are relayed to the email recipient," Bursztein and Lidzborski said in the post.

Google, Yahoo and other online firms have been moving to boost encryption of websites and email in an effort to boost privacy amid growing concerns about hacking and surveillance.

Apple to Shut Down Beats Music; Users Can Migrate to Apple Music
Microsoft Has a Way to Make Your PowerPoints Less Boring