German Prosecutor to Probe US Spies for Bugging Merkel's Phone 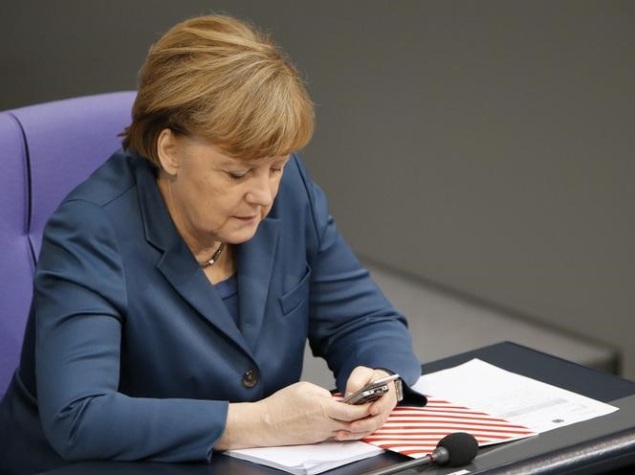 Germany's top public prosecutor has launched an investigation into the bugging of Angela Merkel's mobile phone by U.S. intelligence in the light of revelations by former spy agency contractor Edward Snowden, authorities said on Wednesday.

The two countries have been at odds over the U.S. National Security Agency's (NSA) spying habits since Snowden's revelations last year showed the United States had listened in on many of its allies, including Merkel, severely testing ties between Berlin and Washington.

Although there is not yet a strong enough case to start legal proceedings, Range's office said he is still looking into wider allegations that both U.S. and British intelligence carried out "massive surveillance of the German population's telecommunications data".

Range, who had told a German parliamentary committee earlier on Wednesday about his plans to open legal proceedings over the espionage, was due to hold a news conference at 5 p.m. (1500 GMT) at his office in the city of Karlsruhe. Justice Minister Heiko Maas told German radio earlier in the day that investigators would "have to take action" if it came to light that German law had been broken regarding Merkel's mobile phone or other surveillance revealed by Snowden.

Revelations that the United States and Britain have carried out large-scale electronic espionage in Germany - including from the roofs of their embassies in Berlin, near Merkel's office and the Reichstag - have provoked widespread indignation in Germany.

In a country sensitive about official surveillance after the excesses of the Nazi-era Gestapo secret police and of the Stasi in former communist East Germany, politicians have pushed in vain for a "no-spy" agreement with Washington. The United States said it did not have such agreements with any country, friend or foe.

When Merkel visited President Barack Obama in May, she was asked by reporters if trust had been restored. She replied by saying that "we have a few difficulties to overcome", referring to the conflict over U.S. surveillance practices. Snowden, who has sought refuge in Moscow, has promised to bring new information to light proving Germans' rights were violated by American intelligence if he is able to give evidence to a German parliamentary committee investigating the matter. Merkel's government has so far declined to bring him to Berlin to testify in person fearing it would further damage relations with Washington.