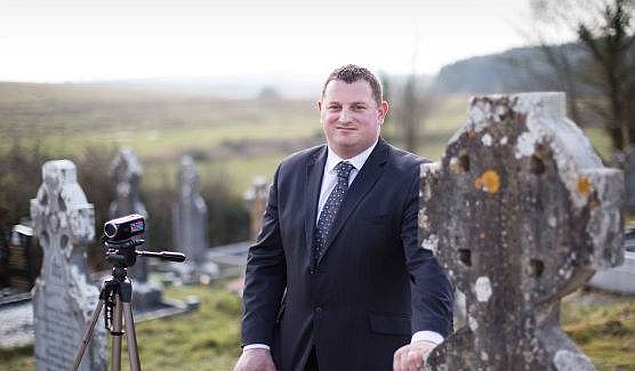 An Irish company is offering to stream funerals live over the Internet for mourners who are unable to attend the ceremony in person.

The man behind the Funerals Live venture, County Clare businessman Alan Foudy, claimed it was the "only service of its kind being offered anywhere in Ireland or the UK".

The company offers to film memorial church services and burials, with target clients being Irish emigrants who are unable to travel home for family funerals and elderly people confined to hospitals or homes.

The clients will be charged a fee to view the funeral online, 'BBC News' reported.

"Wherever in the world our client may be, whether it is in Australia or the United States, this service provides them with private weblink to a live stream of a funeral service or the option of a video recording of the entire service, including the burial, within two hours of its conclusion," Foudy said.

Foudy came up with the idea when he was asked to make a DVD of a memorial service for mourners who could not attend their loved one's funeral. Foudy added that he hoped his new Funerals Live service would be able to create 10 new jobs over the next 1.5 years.

"The general feeling was that a live webcast or a delayed broadcast of the service would be a better option rather than having to wait up to two weeks for a DVD to arrive by post," he said.

Foudy said the live stream service was password protected to ensure only people who you want to see the proceedings are able to see it.
Comments