French media want Google to pay to link to their content 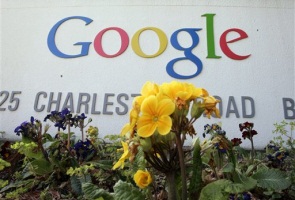 Leading French newspaper publishers called on the government on Tuesday to adopt a law to force Internet search engines such as Google to pay them for using their content.

In an interview published in the business daily Le Figaro, they said a law should impose a settlement in the long-running dispute with Google, which receives high volumes of advertising revenue from user searches for news contained on media websites.

The publisher of Le Nouvel Observateur weekly, Nathalie Collin, suggested that media would in exchange for a "fair payment" give up their objection that Google index their news content.

Francis Morel, the publisher of the business daily Les Echos, said Google had a quasi-monopoly in Internet search in France which had led to it capturing the advertising market linked to such searches.

"You have to know that Google is today one of the top advertising agencies in France with more than a billion euros in sales," said Morel.

He noted however that Google, which has its European base in Ireland, declared only 41 million euros in revenue in France.

France's previous conservative-led government had warned Internet giants that it might crack down and adopt a law to tax online advertising revenue.

French lawmakers in 2011 rejected plans for a tax on online advertising revenues, fearing the project would hurt small local companies more than global Internet giants like Google, Facebook or Twitter.

Newspapers around the world have seen their bottom line come under pressure as their print advertising revenues slide while they have trouble getting online readers to pay for access when so much content is free on the Internet.