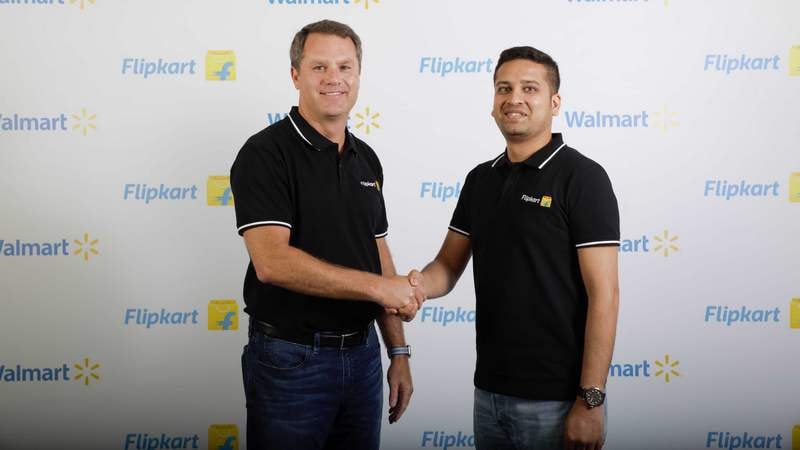 Walmart has agreed to pay $16 billion (roughly Rs. 1.07 lakh crores) for a roughly 77 percent stake in Indian online shopping site Flipkart, the US retailer's biggest foreign investment as it battles rival Amazon.com in one of the world's biggest emerging markets.

The deal, capping almost two years of talks, will help the Bentonville, Arkansas-based retailer fortify and boost market share against Amazon.com, which reportedly had tried to make a competing offer for a stake.

"India is one of the most attractive retail markets in the world, given its size and growth rate, and our investment is an opportunity to partner with the company that is leading transformation of e-commerce in the market," Doug McMillon, Walmart's Chief Executive Officer, said in a statement on Wednesday.

Buying a stake in Flipkart, which sells everything from soaps to smartphones and from books to clothes, gives Walmart access to the fledgeling Indian e-commerce market that could potentially be worth $200 billion (roughly Rs. 13.4 lakh crores) in a decade, according to Morgan Stanley.

Walmart said it plans to fund the deal through a combination of newly-issued debt and cash on hand.

Walmart warned that it expects the deal to hit its fiscal 2019 earnings per share by 25 cents to 30 cents, if the deal closes as expected before the end of the second quarter.

The remainder of the business will be held by some of Flipkart's existing shareholders, including Flipkart co-founder Binny Bansal, China's Tencent Holdings, Tiger Global Management LLC and Microsoft Corp, the company said.

Earlier on Wednesday, SoftBank Chief Executive Officer Masayoshi Son unexpectedly spilled the beans on the deal by confirming on a conference call that Walmart had decided to purchase Flipkart, ahead of the highly-anticipated official announcement.

Sources have previously told Reuters that SoftBank would sell all its shares in Flipkart to Walmart.