Flipkart Once Again Said to Be Looking to Raise $1.5 Billion

No investor has more to lose from the potential implosion of Indian e-commerce company Flipkart than its biggest backer, New York's Tiger Global Management.

In a rare interview at Flipkart's headquarters in suburban Bengaluru, Krishnamurthy, a boyish 45, sipped water and projected steely resolve. "We feel great about where we are," he said.

In fact, 10-year-old Flipkart is in a fight for its young life. Amazon, determined to get it right in India after being vanquished in China, has pledged to spend $5 billion on its India operations over the next few years; a new rival, Paytm E-commerce Pvt, backed by China's mighty Alibaba Group Holding Ltd., has joined the race. Flipkart is spending heavily on promotions, offering discounts and losing millions of dollars a month. If it's to have any hope of countering its deep-pocketed rivals from the US and China, Flipkart will have to persuade investors to inject fresh capital.

The good news: The company will probably get the money. Flipkart is in discussions with a range of investors including Microsoft Corp., eBay Inc. and Tencent Holdings Ltd. to raise anywhere from $1.2 billion to $1.5 billion, enough to carry it through another four years, according to a person familiar with the situation. The bad news: getting the money will mean accepting a lower valuation, perhaps around $10 billion (roughly Rs. 66,648 crores), said the person who requested anonymity to discuss a private matter. That would be down from $15.5 billion (roughly Rs. 1,03,304 crores) in 2015. "We are in touch with several investors," Krishnamurthy said, declining to comment on specific figures. "Is funding top-of-mind when I wake up every morning? No."

A few years ago, Indian startups could do little wrong in the eyes of investors, who saw the nation of 1.3 billion people as a democratic, relatively free-market version of China. But last year, the country began its own version of the dot-com bust. Hundreds of Indian internet startups are losing money, cutting jobs and reducing valuations in exchange for fresh financing. A Bengaluru-based firm even put together the Deadpool list, a catalog of dead or dying startups similar to the F**ked Company website created in the aftermath of the US Internet bubble.

Flipkart isn't on the list, but India's best-known startup has become a kind of bellwether for the industry. Mutual funds with stock in the company wrote down its valuation to reflect dimmer prospects. One Morgan Stanley fund cut its estimated price for Flipkart shares by more than 60 percent, implying a valuation of less than $6 billion.

Tiger Global is under pressure to halt the decline. The firm has participated in eight Flipkart fund-raising rounds since 2011 and, according to CB Insights, has contributed the biggest chunk of the $3.25 billion (roughly Rs. 21,660 crores) the company has received so far. Krishnamurthy, who spent seven years in eBay's Asia finance operations, joined Tiger Global as its finance director in 2011. He first arrived at Flipkart in early 2013 as interim chief financial officer to support Flipkart's two co-founders, Binny Bansal and Sachin Bansal (no relation). But as the company struggled, long-time CEO Sachin Bansal gave up the post to his co-founder in early 2016. Then in January of this year, Binny Bansal ceded the job to Krishnamurthy.

The dynamics between Krishnamurthy and the two founders are hazy; neither man responded to questions. But it's apparent that Krishnamurthy now calls the shots. Sachin Bansal oversees strategy and investments as executive chairman, while Binny Bansal manages fashion division Myntra-Jabong and digital payments unit PhonePe as Group CEO. During the interview, Krishnamurthy repeatedly emphasized he's building on the founders' philosophy to provide "quality product to the real India, and not just a small portion of it."

Krishnamurty's main success so far was to ensure that Flipkart dominated India's festival season, a September-to-November period analogous to America's Christmas shopathon. "His whole focus was to get the early October Big Billion Days sales season right," said Smrithi Ravichandran, who ran the promotion. "He got down to minute details of stocks and warehousing, he traveled to meet brands and ensured we were well-stocked." 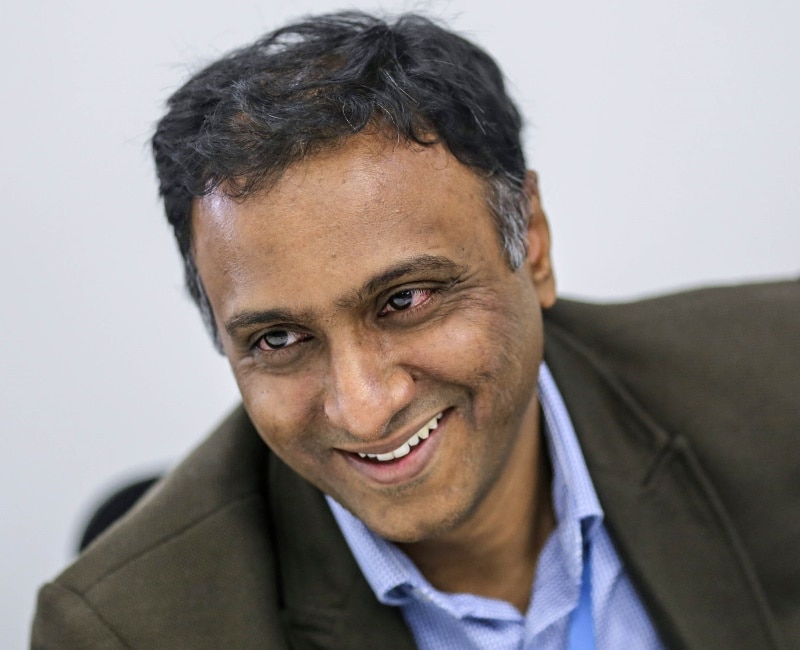 Other than waking up to yoga and spending time with his two school-age daughters, Krishnamurthy spent much of his time at the office. Drawing on his years with eBay, he focused on key categories including mobile phones, televisions and apparel, luring brands such as Motorola and Xiaomi with exclusive deals. He decided on inventory levels and cooked up bargains on high-value items to punish rivals. "We were passionate about offering the largest selection to the widest possible India," he said. When Ravichandran suggested moving up the sale by several days to gain an edge over the competition, Krishnamurthy helped her persuade the rest of the team.

Morale inside the company rose as traffic and customer satisfaction metrics began inching up. When it was clear Flipkart had raced ahead in festival sales, the company resorted to trash-talking unusual even for competitive India. It scoffed to a local media outlet that Amazon had been reduced to cutting prices on "candy, detergent bar and eggs" to boost sales numbers. Krishnamurthy's elevation to CEO was in the bag.

Now the real work begins. While the Indian market is enormous, Flipkart and its rivals mostly appeal to wealthier consumers comfortable shopping from phones and computers. Luring less affluent countrymen will take time and cost money.

Krishnamurthy points out Indians spend only about $10 on average per online visit, compared with about $40 in the US. One way to boost sales is to sell groceries, a reliable tactic to persuade consumers to shop more often. Flipkart has plans to enter the market shortly, but that will take time to build, and Amazon, which already sells fresh food at home, is staking out the same territory. Flipkart has opened up a big lead in apparel, cornering almost four-fifths of the market. But Amazon has made similar moves in the US and could follow suit in India.

Despite the challenges, Flipkart and other Indian startups are still tempting investors. "India is the world's largest, most secular e-commerce market and so long as startups show they are slogging a path to profits, investors will always be there," said Ravi Gururaj, a Bengaluru entrepreneur and co-founder of the India chapter of Harvard Business Angels. "Who can afford to ignore a market that is already bigger than the largest market in Europe?"

As India's biggest e-commerce player, Flipkart is counting on having the resources and market share to stay in the game for a few years. The question is whether it can fend off Amazon or Alibaba over the long term. "Others' aggression is of no consequence as innovation is the real aggression," Krishnamurthy said in the interview. "Throwing away money will not make someone win."