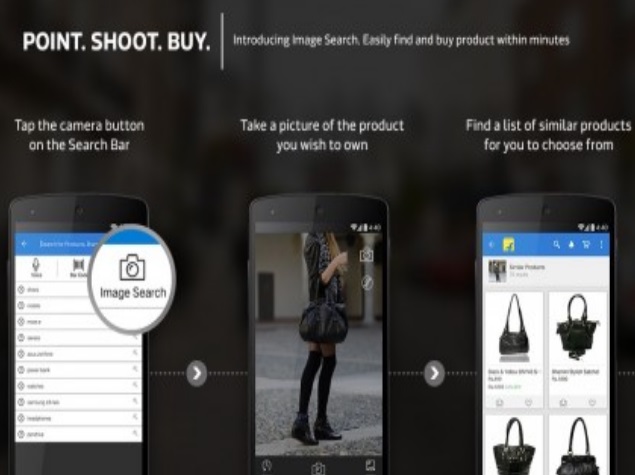 India's leading e-commerce giant Flipkart announced the appointment of Krishnendu Chaudhury as the Head of Image Sciences. According to an emailed statement, Chaudhury will work closely with Peeyush Ranjan, Head of Engineering at Flipkart on computer vision and image processing technology to "disrupt the traditional manner in which consumers shop online."

The development follows news reports of Flipkart's decision to go mobile only from a mobile first approach. Chaudhury's latest research efforts are in the area of Deep Learning Convolutional Neural Networks for object recognition in images, a technology that enables computers to understand higher levels of abstractions. According to Flipkart, his work will help redefine the way the firm's customers browse and shop on the platform.

Also see: Taking the Web Out of E-Commerce - Why Indian Companies Are Ditching Their Websites)

Over 70-75 percent of Flipkart's traffic comes from the mobile app, which includes the ability to search for products by taking a photo of them. Flipkart's image search feature, which is still in beta, was discussed earlier this month on the company blog. Ronak Shah, Flipkart's Product Manager wrote that the idea came to them when they realised that users had a tough time describing and defining a product through keyword based search. "By leveraging inbuilt device capabilities like the camera, users can now search for fashion products, close to what they've seen--just by clicking a picture," he wrote.

"Image science has the potential to revolutionise the way in which information is consumed. From customers searching for products 'visually' to our sellers uploading their inventory on our platform through one picture, it is all possible today with 'computer vision' or deep learning technology." said Peeyush Ranjan, Head of Engineering, Flipkart.

Prior to joining Flipkart, Chaudhury worked with the Machine Intelligence team of Google Research at their Mountain View campus, where he led the team that created Google Newspaper Search and WebP, Google's open source still image compression technology. He also worked with the Advanced Technology Group of Adobe Systems for about 9 years.

Chaudhury's research interests lie in the area of computer vision, pattern recognition, image processing and deep learning. He has over 20 patents in these disciplines.