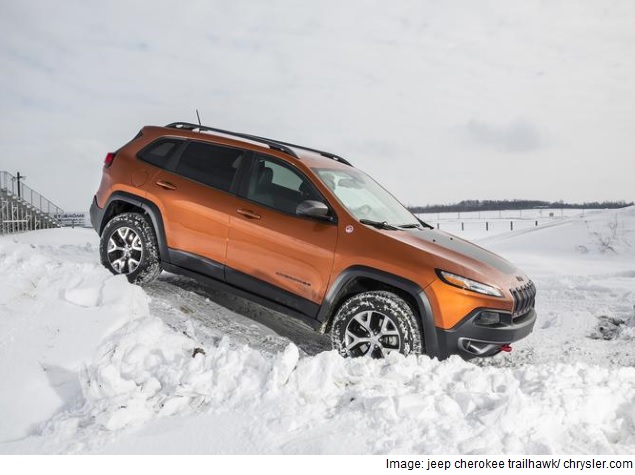 Fiat Chrysler will recall 1.4 million vehicles in the United States to install software to prevent hackers from gaining remote control of the engine, steering and other systems in what federal officials said was the first such action of its kind.

The announcement on Friday by FCA US LLC, formerly Chrysler Group LLC, was made days after reports that cyber-security researchers used a wireless connection to turn off a Jeep Cherokee's engine as it drove, increasing concerns about the safety of Internet-enabled vehicles.

The researchers used Fiat Chrysler's telematics system to break into a volunteer's Cherokee being driven on the highway and issue commands to the engine, steering and brakes.

The National Highway Traffic Safety Administration (NHTSA) said on Friday it would investigate whether FCA's solution to upgrade software was enough to protect consumers from hackers, although FCA said in its recall announcement that it was unaware of any injuries.

A spokesman for NHTSA said that it was the first recall of vehicles because of concerns about cyber-security, and experts said they hoped it would send a shock through the auto industry and beyond it.

Risks of connectivity
The risks of increasing connectivity to physical devices extend far beyond cars and into hospitals and chemical plants and factories, they said.

"It's a huge problem, and it's an architectural problem with this Internet-of-Things concept," said Nicholas Weaver, a security researcher at the nonprofit International Computer Science Institute in Berkeley, California.

He said that at present there is a divide in terms of design, in that cars and other products could be accessible from a variety of sources, such as smartphones, as with the Cherokee, or else can be designed to communicate only with a single authenticated server.

Products designed to be accessible by a range of means including smartphones leave a large "attack surface" that is easier to penetrate. But products that communicate only with a single authenticated server allow the company that owns the server to compile a raft of information about the user, increasing privacy concerns, Weaver said.

Ed Skoudis, an expert in securing connected devices, said the fact that the recall came so soon after publication of the FCA cyber-security issue "is a shot across the bow of other IoT manufacturers that this could cost them a lot of money."

Skoudis said he hoped companies would reconsider what they spend on security earlier in the design process in order to avoid similar recalls, lawsuits and the threat of increased regulation.

Computer on wheels
Automakers have until now sought to play down the threat that hackers could gain control of a vehicle using a wireless connection. While hackers had previously demonstrated the ability to tamper with onboard systems using a physical connection to the car's diagnostic system, the researchers were able to control the Jeep Cherokee remotely.

The NHTSA and members of Congress have expressed concern about the security of Internet-connected vehicle control systems.

Two Democratic Senators introduced a bill on Tuesday that would direct the NHTSA to develop standards for isolating critical software and detect hacking as it occurs.

"We have said that cars today are essentially computers on wheels, and the last thing drivers should have to worry about is some hacker along for the ride," Fred Upton, the Republican chairman of the House Energy and Commerce Committee and the committee's ranking Democrat, Frank Pallone Jr of New Jersey, said in a statement on Friday.

Some carmarkers, including BMW and Tesla Motors Inc, can update car software over the air, as Apple Inc does with its phones. But others do not, and the Senate bill would not require that.

The recalled vehicles include some of the top-selling FCA products including the Jeep Grand Cherokee and Cherokee SUVs from model years 2014 and 2015 and 2015 Dodge Challenger sports coupes, among others.

FCA said it would mail a memory stick to affected customers to upgrade vehicle software and add security. A spokeswoman for FCA said the USB sticks would be mailed to customers "as soon as possible."

The company also said it had already deployed a fix with its telecommunications provider to block remote access of the kind the researchers used.

FCA declined to comment beyond the statement it issued on the recall. The company did not respond to queries on whether the USB devices to be mailed to customers are on hand or have to be manufactured.

An NHTSA official said the investigation would also look at "how quickly they (FCA) are able to complete the recall."

In broad terms, "this is another example of a problem with an embedded system, some computer that is something that is not really a computer from a user perspective but is built to make something else work," said Steven Bellovin, a professor of computer science at Columbia University. "I suspect we're going to need some kind of regulatory frameworks."