“The obligation to die for Ethiopia belongs to all of us,” Abiy said in the now-deleted post. 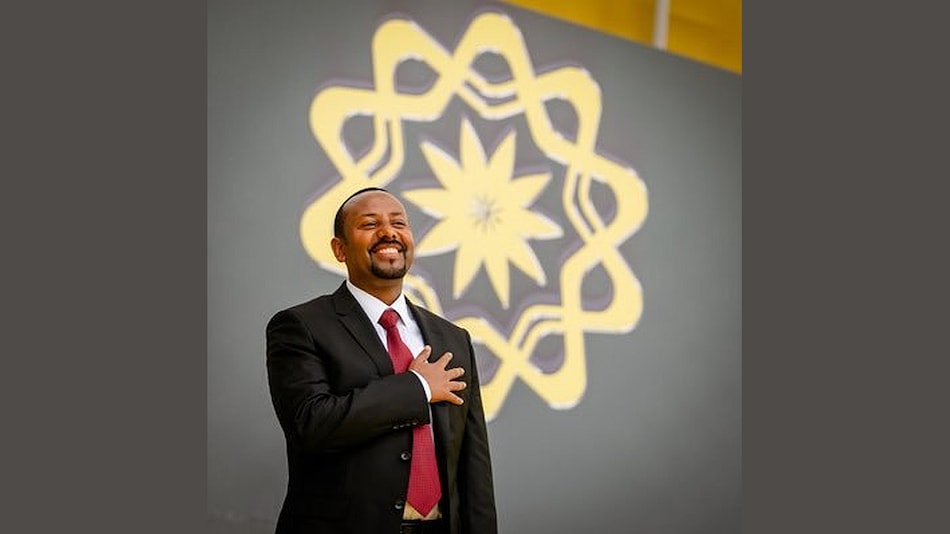 Facebook says it has removed a post by Ethiopia's prime minister that urged citizens to rise up and “bury” the rival Tigray forces who now threaten the capital as the country's war reaches the one-year mark.

“The obligation to die for Ethiopia belongs to all of us,” Abiy said in the now-deleted post that called on citizens to mobilize “by holding any weapon or capacity.”

Abiy is still regularly posting on the platform, where he has 3.5 million followers. The United States and others have warned Ethiopia about “dehumanizing rhetoric” after the prime minister in comments in July described the Tigray forces as “cancer” and “weeds.”

Facebook has removed posts from world leaders before, although in rare circumstances. Earlier this year, the company deleted a video from US President Donald Trump in which he peddled false claims about election fraud following a deadly skirmish at the US Capitol. Facebook said at the time the video contributed to “the risk of ongoing violence.” Just last week, the tech platform yanked a live broadcast from Brazil President Jair Bolsonaro because he made false claims about the COVID-19 vaccines.

Spokeswoman Cain did not say how Facebook was made aware of the Ethiopia post, which the Nobel Peace Prize-winning prime minister made as Tigray forces took control of key cities over the weekend that put them in position to move down a major highway toward the capital, Addis Ababa.

Alarmed, Abiy's government this week declared a national state of emergency with sweeping powers of detention and military conscription. The prime minister repeated his call to “bury” the Tigray forces in public comments on Wednesday as he and other officials marked one year of war.

Meanwhile, Ethiopia's highly polarized social media this week saw a number of high-profile posts targeting ethnic Tigrayans and even suggesting they be placed in concentration camps.

Thousands of people have been killed in the war between Ethiopian and allied forces and the Tigray ones who long dominated the national government before Abiy took office. The United Nations human rights chief said Wednesday they had received reports of thousands of ethnic Tigrayans being rounded up for detention in recent months.

Former Facebook product manager-turned-whistleblower Frances Haugen last month singled out Ethiopia as an example of what she called the platform's “destructive impact” on society. “My fear is that without action, divisive and extremist behaviors we see today are only the beginning,” she told the Senate consumer protection subcommittee. “What we saw in Myanmar and are seeing in Ethiopia are only the opening chapters of a story so terrifying, no one wants to read the end of it.”

Meta spokeswoman Cain declined to say how many staffers they have on the ground in Ethiopia or dedicated to detecting violent speech in Ethiopia on its platform, but she said the company has the capability to review posts in Somali, Amharic, Oromo, and Tigrinya. She also said it has a team that includes people from Ethiopia or who have spent time in the country.

But Berhan Taye, a researcher in digital rights based in neighboring Kenya who tracks social media on Ethiopia and regularly escalates questionable posts to the Facebook platform, told the AP last week the platform wasn't moderating in the Tigrinya language, the language of Tigrayans, as recently as April.

Overall in Ethiopia, “if you report (posts) on the platform, it's very highly likely to get no reply at all,” she said. “From the amount we escalate, and the number of replies we get, that tells you their internal system is really limited.”

Boeing Gets US Nod for Satellite Grid to Provide Internet From Space
Samsung Galaxy Tab A8 Specifications Tipped by Geekbench, Bluetooth SIG Listings