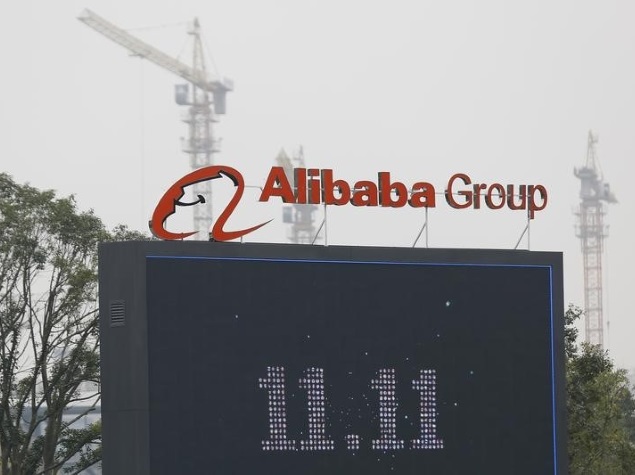 When it comes to fighting fakes, Alibaba's head of internet security says cooperation beats the courtroom any day.

Ni Liang, who runs the Hangzhou, China-based company's anti-counterfeiting operations, was speaking to Reuters days after Gucci, Yves Saint Laurent and other luxury brands owned by Paris-based Kering SA sued Alibaba in New York, alleging the e-commerce giant had knowingly made it possible for counterfeiters to sell fakes.

Ni said brands had a better chance of succeeding in clamping down on the pervasive counterfeit trade if they talked to Alibaba, instead of suing it.

The company has been dogged for years by accusations that it doesn't do enough to fight intellectual property rights violations and also listed counterfeits as a risk before its record-breaking $25 billion IPO in September.

"I strongly believe that spending money on lawsuits could result in a completely different outcome than cooperating with us," Ni said in an interview during a rare visit by the media to Alibaba's internet security headquarters.

"If a brand doesn't cooperate with us we'll still fight fakes for them... But when we cooperate we can fight better."

Alibaba employs some 2,000 employees to battle counterfeits. At its internet security command centre, a computer screen covering an entire wall tallies in real-time attempts by vendors to list suspected counterfeits and shows which brands they were trying to sell. Vendors known to have attempted to sell fakes are also tracked.

Another 5,000 "volunteers" around the country, including sellers and buyers, help identify vendors of phony goods, Ni said, adding that Alibaba spent about 100 million yuan ($16 million) last year to covertly buy products and check their authenticity.

Ni said this figure could rise to 150 million this year. "I believe we spend more than any platform or company in the world on anti-counterfeit efforts," he added.

Real-Time
Alibaba's two popular platforms are Taobao, on which consumers buy and sell goods to each other much like they do on the marketplace run by U.S.-based eBay Inc, and Tmall, an online shopping mall that vendors use to sell their products, similar to Amazon.com Inc.

The company, founded by Jack Ma, controls 80 percent of all online retail in China, handling goods worth about $97 billion in the quarter ended March 31.

Alibaba has so far signed more than 1,300 memoranda of understanding on cooperation with brands, including Microsoft, Apple and Louis Vuitton, to fight fakes, Ni said.

Overall, Alibaba's platforms have seen a drop in the number of counterfeits as a percentage of goods traded, Ni said, but added the number of fake products discovered by the company rose two-thirds to 130 million last year from 80 million in 2012.

Counterfeit goods can be found on all Chinese e-commerce platforms, despite efforts to fight them, because of the sheer scale of the problem and the huge demand for these products.

No pictures of the internet security war room are allowed. An Alibaba spokeswoman told Reuters they could not name any of the brands being targeted by fraudsters but data on the tracking screen showed more than 5,000 attempted listings of suspected fake products had been detected and removed by noon.

A search for "Gucci" and "Guggi" on Alibaba's eBay-like Taobao site also highlights the complexity of the problem.

Ads appear for products that look like genuine articles as well as clear knock-offs. Ni said determining authenticity from photos is notoriously difficult, and products that bear a likeness to the real deal may not infringe upon intellectual property rights.

Brands and industry groups have complained that Alibaba makes it difficult to remove suspect product listings. Ni said last year his team removed 12 million listings after receiving complaints involving about 20 million, but the process can be lengthy.

About 40 percent of all items flagged were either genuine or it was impossible to conclude that they were fake, he said.

"We have to have an audit mechanism for complaints made by brand holders, and this audit mechanism increases the time it takes to get fake products pulled down," he said, adding that Alibaba intends to double the number of cases it sends to the police for prosecution this year.