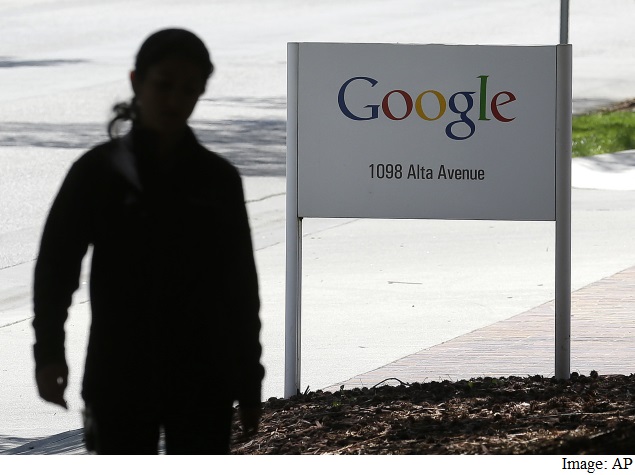 The European Union will accuse Google Inc on Wednesday of abusing its dominant position in Internet searches, opening the U.S. tech company up to a risk of massive fines and enforced changes in its business model, the Financial Times and Wall Street Journal said on Tuesday.

However, two sources familiar with the matter told Reuters that a formal antitrust charge sheet will not be ready for Wednesday and could take several more months to draw up. The EU can impose fines of up to 10 percent of global turnover, or more than $6 billion (roughly Rs. 37,415 crores) in penalties in Google's case.

An EU official said Competition Commissioner Margrethe Vestager would make an important announcement about Google on Wednesday, after the EU's executive holds its weekly meeting.

The Commission's chief spokesman would not confirm the reports, which cited EU officials, but said there would be a news conference around noon (1000 GMT) after the meeting.

Vestager, who had indicated she would not be rushed into a decision on the five-year-old case, is due to fly to the United States later on Wednesday for a high-profile working visit. Americans, including business leaders and President Barack Obama, have questioned EU efforts to curb the power of U.S. tech companies.

The Danish liberal will accuse Google of breaching competition law by diverting traffic from rivals to favour its own services, said the FT, adding that some fellow commissioners had been concerned Vestager was narrowing the probe.

In an internal memo published by blog Re/code, Google acknowledged the "disappointing news" and said the process would include a back and forth over European Commission concerns that could take a year or two and eventually land in court.

"We have a very strong case, with especially good arguments when it comes to better services for users and increased competition," the memo said. Google declined to comment or confirm that the memo was genuine.

The possibility of an early announcement of action against Google was made public earlier this week by Guenther Oettinger, the conservative German commissioner for the digital economy, who has been a sharp critic of Google and has spoken up for the interests of European technology and publishing companies.

Separately, Vestager will launch an investigation into Google's Android mobile software business, the FT said. Google in the internal memo said it had a strong case on Android since the operating system had lowered prices and increased choices for consumers.

The Commission has been laying the groundwork for a case centred on whether Google abuses the dominant market share of Android to promote its own services.

Vestager made the decision to go ahead with charges on Tuesday together with European Commission President Jean-Claude Juncker and will inform her colleagues on Wednesday, the Journal said. In office since November, Juncker's executive has put the fostering of Europe's digital economy and free trade with the United States among its priorities, but some EU officials are concerned U.S. companies are choking European competitors.

Vestager has narrowed the case, which she inherited from her Spanish predecessor, Joaquin Almunia - who rejected three settlement proposals from Google - the FT said.

Andreas Schwab, a German conservative member of the European Parliament who has pushed for the EU executive to consider even breaking up Google, told Reuters earlier this week he expected the Commission to bring competition charges against the company.

However, industry and EU sources played down earlier on Tuesday suggestions that Vestager was about to announce charges against the Google.

The EU investigation is one of the highest profile competition cases of recent years, rivalling probes into Microsoft Corp, and comes amid political disquiet in Europe at the perceived dominance of U.S. tech companies.

Almunia launched the probe in 2010 and initially concluded that Google may have hurt competitors by favouring its own products and services in search results and blocking advertisers from moving their campaigns to rival platforms.

Since then, Google has offered three proposals to resolve the case. Most recently, just over a year ago, it offered to give competing products and services bigger visibility on its website, let content providers decide what material it can use for its own services and make it easier for advertisers to move their campaigns to rivals.

Almunia initially accepted that deal, only to reverse his decision six months later and demand more concessions, leaving the ultimate decision to his successor.

Microsoft has been hit with total EU fines of more than 2.2 billion euros ($2.34 billion) over the past decade.