The billionaire CEO of Tesla and SpaceX also called Dogecoin a ‘hussle’, which was followed by a major drop in its price. 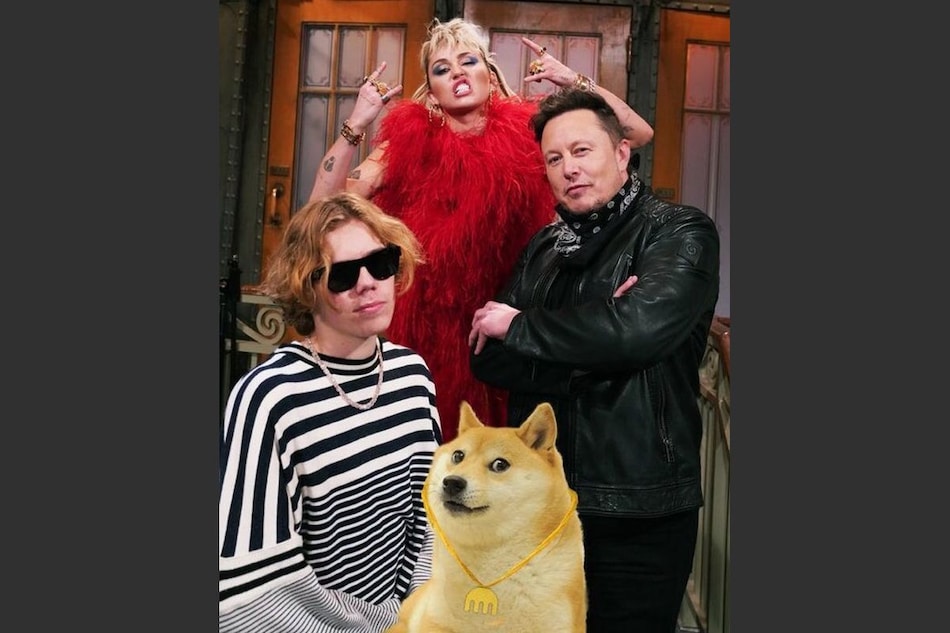 Throughout the show, Musk gently poked fun at himself

Billionaire Elon Musk dropped a surprise early in his hotly anticipated turn as host of Saturday Night Live, saying in his monologue that he "is the first person with Asperger's" to host the show, before clowning through skits for the first global livestream of the NBCUniversal comedy show.

Musk, one of the world's richest individuals, opened his monologue by telling an audience in more than 100 countries he is "the first person with Asperger's to host SNL. At least the first to admit it." The billionaire made light of his tendency to speak in a monotone, adding "I'm pretty good at running human in emulation mode."

Asperger syndrome is a condition on the autism spectrum that is associated with difficulty in social interaction, and sometimes is referred to as high functioning autism.

Many had wondered how Musk would handle himself during a live comedy show. The answer was that he, and the show's writers, sought to soften the rough edges of Musk's public persona. Throughout the show, Musk gently poked fun at himself, including his penchant for provocative tweets and the time he smoked a joint on a podcast.

"To anyone I've offended I just want to say, I reinvented electric cars and I'm sending people to Mars on a rocket ship. Did you think I would be a chill, normal dude?"

Musk's mother, Maye, joined him on stage and the two made a joke about Dogecoin, the cryptocurrency Musk has touted. Cryptocurrency jokes popped up throughout the show. In one sketch, Musk was cast as a bow-tie wearing cryptocurrency expert on the show's Weekend Update segment. Dogecoin and other digital currencies had surged in price ahead of Musk's SNL appearance.

Musk was most convincing playing a version of himself as head of SpaceX dealing with an emergency on a Martian colony. The crisis had a happy ending, until it didn't.

In the end, Musk will keep his day jobs. Still, the Saturday Night Live appearance offered plenty of synergies with his real gigs as "technoking" and Chief Executive of Tesla, head of rocket launch company SpaceX and even chief of the Boring Company, a tunnel construction venture.

Musk got days of attention across all forms of media ahead of the show, and shared the spotlight with a prototype of Tesla's futuristic Cybertruck that Tesla brought to Manhattan on Friday. Video of the hulking, angular pickup prowling Manhattan streets blew up on social media.

During the show, a Tesla supercharger made an incongruous cameo appearance in a skit set in an old West saloon. Musk played a gunslinger who had developed an electric horse, and advocated tunneling through the earth to escape a shootout.

Musk often boasts that Tesla doesn't spend billions on advertising the way established automakers do. He doesn't have to so long as he has access to platforms like Twitter or Saturday Night Live.

Musk's appearance also boosted NBCUniversal. The media company used Musk's global celebrity - and the controversy surrounding his appearance on a stage normally reserved for film stars or professional comedians - to get attention for launching the "Saturday Night Live" franchise beyond the confines of broadcast television. The company said Saturday's show was streamed live via Alphabey's YouTube to more than 100 countries.