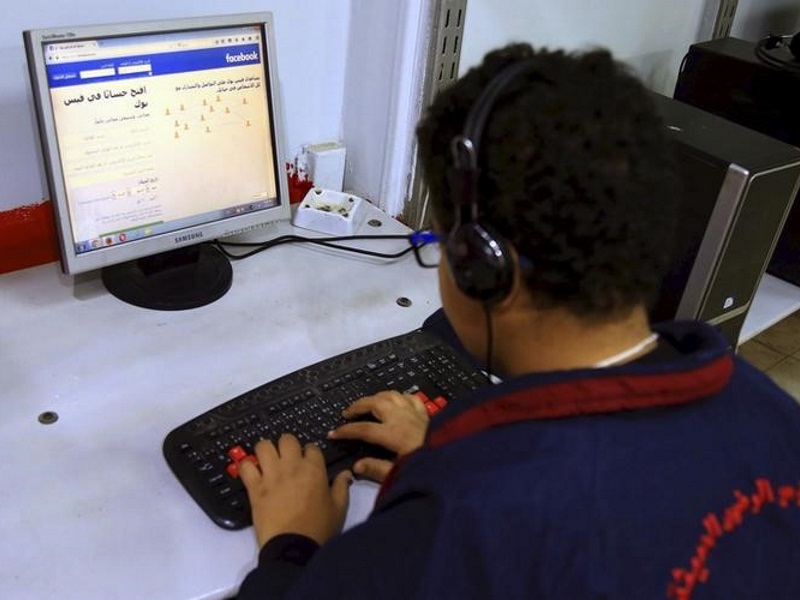 Egypt blocked Facebook Inc's Free Basics Internet service at the end of last year after the US company refused to give the Egyptian government the ability to spy on users, two people familiar with the matter said.

Free Basics, launched in Egypt in October, is aimed at low-income customers, allowing anyone with a cheap computer or smartphone to create a Facebook account and access a limited set of Internet services at no charge.

The Egyptian government suspended the service on December 30 and said at the time that the mobile carrier Etisalat had only been granted a temporary permit to offer the service for two months.

Two sources with direct knowledge of discussions between Facebook and the Egyptian government said Free Basics was blocked because the company would not allow the government to circumvent the service's security to conduct surveillance. They declined to say exactly what type of access the government had demanded or what practices it wanted Facebook to change.

Mohamed Hanafi, a spokesman for Egypt's Ministry of Communication, declined to comment specifically on the allegation about surveillance demands but cited other reasons for Free Basics to be blocked.

"The service was offered free of charge to the consumer, and the national telecommunication regulator saw the service as harmful to companies and their competitors," he said.

Free Basics, which is available in 37 countries that have large populations without reliable Internet service, is central to Facebook's global strategy. The company does not sell ads on the Free Basics version of its website and app, but it aims to reach a large group of potential users who otherwise would not be able to create Facebook accounts.

Facebook said more than 3 million Egyptians used the service before it was suspended, and 1 million of them had never had Internet access. The main Facebook site and app are still available in Egypt, which has a population of about 90 million.

The conflict over Free Basics highlights the delicate balancing act that global Internet companies face in responding to the demands of governments while protecting the privacy of their customers, especially at a time of heightened concerns about Internet surveillance and censorship worldwide.

It represents one of the few known cases in which a global Internet company has received and rejected a government demand for special access to its network and been forced to shut down a service, Internet privacy experts say.

Free Basics has come under fire from Internet activists across the globe, most notably in India, for violating net neutrality by allowing free access to a select group of websites and businesses, thus putting others at a disadvantage.

Hanafi cited the India example in explaining Egypt's move, but there has been no public debate or regulatory proceeding over net neutrality or the competitive impact of Free Basics in Egypt.

Stronger security
Facebook in September strengthened the security protections for Free Basics after criticism from privacy advocates that it did not do enough to prevent spying. In part, the problem was that users could not seamlessly connect over encrypted channels to the secure websites marked by addresses beginning HTTPS.

That meant that customers using web-based email might have their messages exposed. Authorities might also be able to watch who was visiting particular websites.

Now, those using the Free Basics mobile app can connect directly with encryption to secure sites. Those connecting via the Free Basics website can connect securely to Facebook, which decrypts and then re-encrypts user traffic before sending it along to partner sites.

It is not known whether the new security measures were a factor in Egypt's decision to block Free Basics. It is also not known if the government has asked other social media companies or Internet service providers for security back doors.

When Free Basics launched in Egypt, there was no mention of a temporary permit or concerns about competition or net neutrality, according to people who were involved in the discussions.

At the time of the suspension, Facebook said it was "disappointed" and hoped to "resolve (the) situation soon."

Some former Facebook employees said the company has reason to be especially vigilant in defending its customers in Egypt.

A Facebook page started in 2010 by a Google employee in Dubai about the death of an Alexandria man at the hands of police played a direct role in fomenting the protests that toppled autocrat Hosni Mubarak in 2011.

In January this year, amid a crackdown on dissent in the run-up to the fifth anniversary of the uprising, Egyptian security forces arrested two people for managing Facebook pages that they said were used to support the outlawed Muslim Brotherhood and encourage protest.

The two are still in jail pending investigations on charges of inciting violence and disseminating and publishing false news.

"Shutting down Facebook completely is an idea that is far-fetched and would lead to great consequences," Raoof said.