e-Gram Swaraj portal is said to be a step towards complete digitisation of Gram Panchayats. 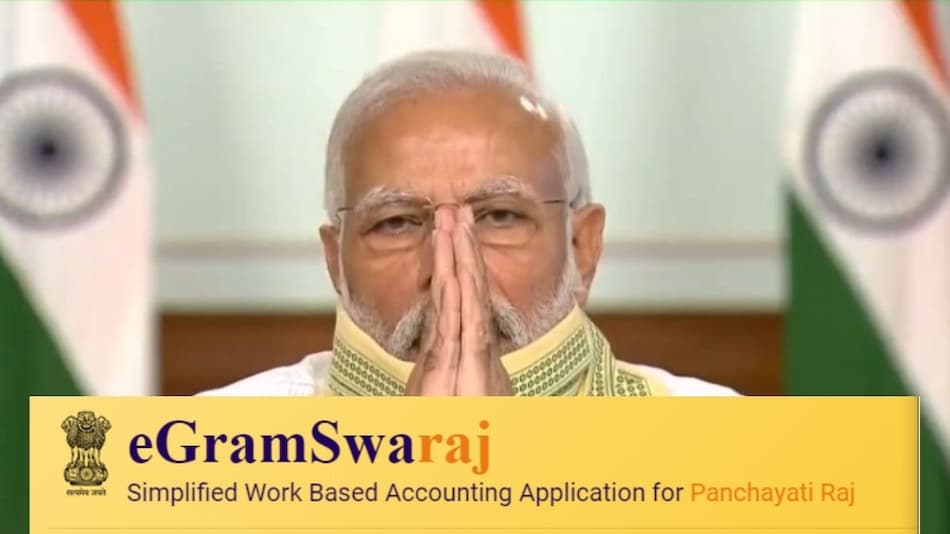 Prime Minister Narendra Modi on Friday interacted with Sarpanchs from across the nation on the occasion of Panchayati Raj Day. Prime Minister also inaugurated e-Gram Swaraj portal and launched the Swamitva Scheme on the occasion. Addressing Sarpanchs via video conference, Prime Minister Modi said, "Now, broadband has reached more than 1.25 lakh panchayats. Not only that, the number of common service centres in villages is also crossing three lakh".

Further elaborating on the e-Gram Swaraj portal, Prime Minister Narendra Modi said that it is a step towards complete digitisation of Gram Panchayats and in future, it will become the single platform which will keep the records of all the works taken up by the Gram Panchayats.

#eGramSwaraj is a step towards complete digitization of villages and will maintain all records of all developmental activities of villages and will be accessible on mobile phones: PM ⁦@narendramodi⁩ during a video conference with Sarpanches today pic.twitter.com/A7fFX2jeEy

"All the details of the development works, the fund allocated for them, all this data will be available on the portal. And through this platform the villagers will be able to access all the data on their mobile phones which will enhance transparency," the Prime Minister said.

He also launched ''Swamitva Scheme,'' which will ensure the demarcation of inhabited land in rural areas with the use of the latest surveying methods including the use of drones.