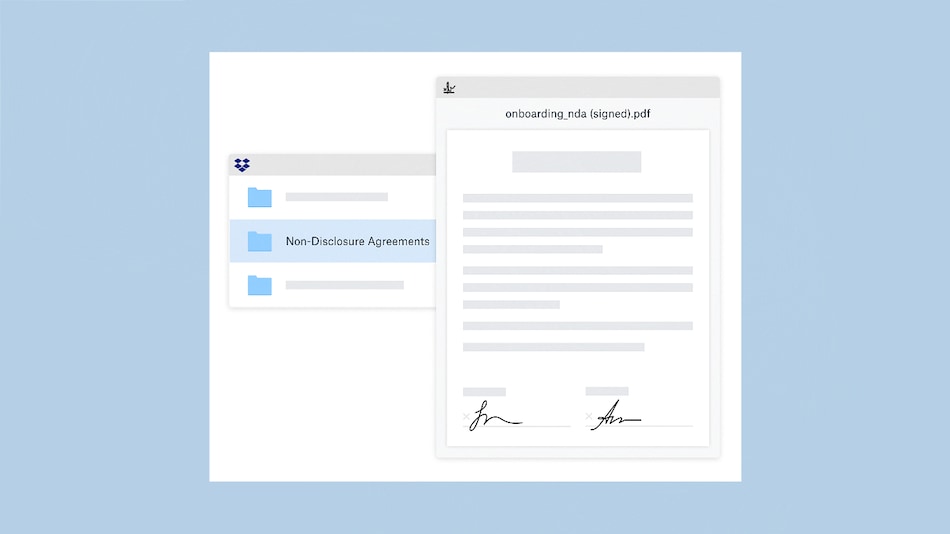 Dropbox is rolling out a way for users to electronically sign documents or ask for signatures via HelloSign, an eSignature company it acquired last year. Using Dropbox, users can set up an existing form with fields to collect signatures, names, dates and so on. The feature is free to use on the Web (for up to three signatures) and then involves a charge.

Dropbox had acquired HelloSign last year for $230 million (approximately Rs. 1719 crore) and has now integrated its features into Dropbox on the Web. Users who open a PDF aim Dropbox can select the “Send for Signature” button, which will take them to a new eSign workflow, according to Android Police, which was provided access to a test account. After this, users will have to either declare that they are the sole signee, or provide the names and email addresses of the other parties. From here, users can select the required fields (signature, initials, date signed, text box or checkbox) from a toolbar on the left, and then double click on the document to drop it that location. They can also customise the message that will be sent to others.

The text boxes can be adjusted for point size and typeface, and assets can be resized and assigned to different signees too. For the Dropbox eSignature, users can choose between drawing in the characters, selecting a handwriting font, uploading a picture of up to 40 MB, typing it in, or sending a picture from their smartphones to a HelloSign email address, along with a coded subject line. The sender and receiver can view copies of the final version once the documents are signed.

This feature is now accessible to all Dropbox users across the free, paid and business plans. There are, however, only three free eSignature requests available per month. For unlimited signatures, a paid HelloSign plan is required, which is Rs. 1,121 ($15) a month or Rs. 11,662 ($156) annually. HelloSign eSigns are available only on web right now. Dropbox had recently introduced a host of new features to manage working from home better.