Dropbox Redesigns Its Web Interface to Streamline Conversations and Collaborations

In an effort to streamline its cloud storage service, Dropbox on Tuesday announced a redesign to its Web interface that makes it easier for users to share files and documents, give feedback, keep track of what's changed without having to go back and forth through emails, and more.

The new changes were described by the company via a blog post, where it explained four key updates aimed to make it easier for users to coordinate better and get work done faster. Apart from adding a simpler navigation interface, Dropbox has also customised the toolbar to present relevant next steps for what you've selected.

"When you're working with others, finding the right file is just the beginning," the company says in the blog post.

What about all the other work that happens around those files? Sometimes that context and those sharing relationships are just as important as the file itself. That's why we're excited to roll out our new redesigned website to all users today." 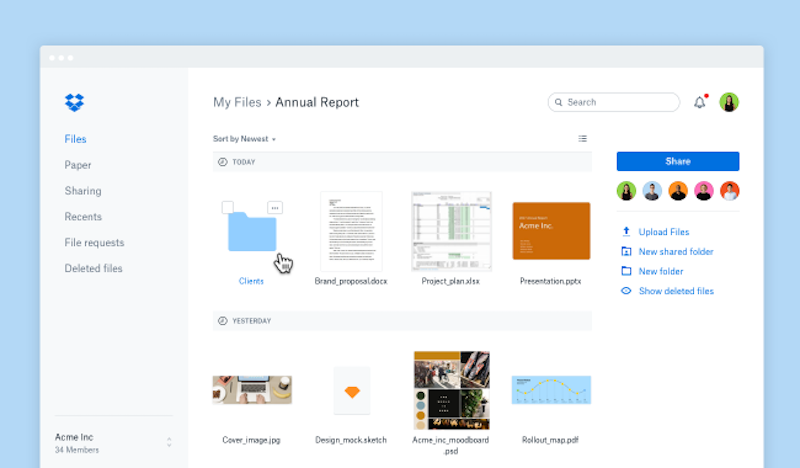 Notably, a new thumbnail view gives you more information at a glance, letting you browse files visually and see who else is collaborating with you on shared files and folders. Some tweaks to search now gives you better results across files and Paper docs. Additionally, the cloud storage company has also made it easier for you to switch between work and personal accounts. Search and notifications will now be shown based on the account you're in. 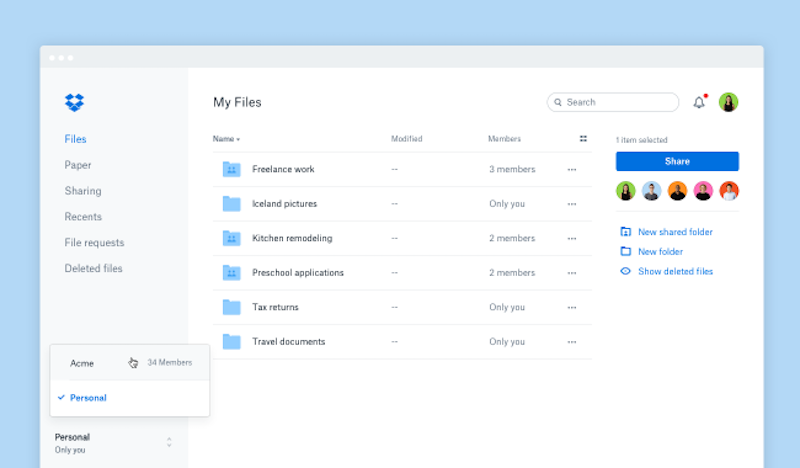 The new UI also brings a new admin console that helps Dropbox Business admins manage their teams. This last feature will be available soon in early access. The rest of Dropbox's new updates should be visible starting today. The new features aim to help users who use Dropbox for work, school or personal, making it easier to collaborate with others and also helping you separate one account from the other.