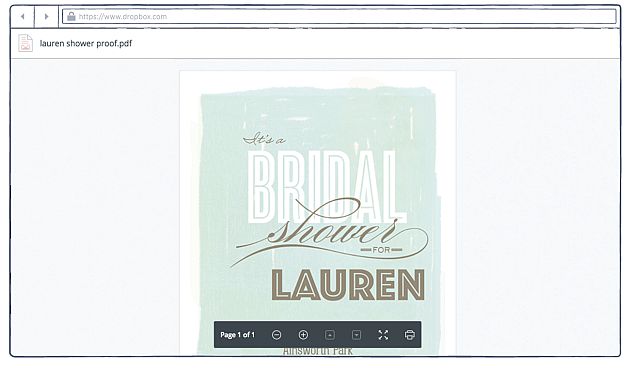 Dropbox has lately been rolling out new features that make accessing the cloud storage service easier on a variety of platforms. Now, the company has announced a redesigned document toolbar for previewing various files including documents, spreadsheets, presentations, and pdf files on any Web browser. cloud storage company has confirmed that the new Web preview mode will be rolling out to users over the next few days.

The company on its blog said, "Starting today, when you preview a document in Dropbox using a Web browser, it's going to look better, load faster, and offer you even more functionality."

The revamped document toolbar will now appear when a user hovers over the bottom of the screen. The toolbar brings some much-wanted features such as zooming in, going to full-screen mode, flipping between pages, or printing straight from the preview mode.

"This update is part of our effort to help save you time, getting you to the files you need quickly and efficiently. But it's also going to make collaboration even easier, specifically when you send or receive files through shared links - if you only need to quickly read something through or even present it, you can skip downloading entirely," added Dropbox.

The cloud storage company last month rolled out an update to its Android app that added a pdf viewer and in-document search for various files.