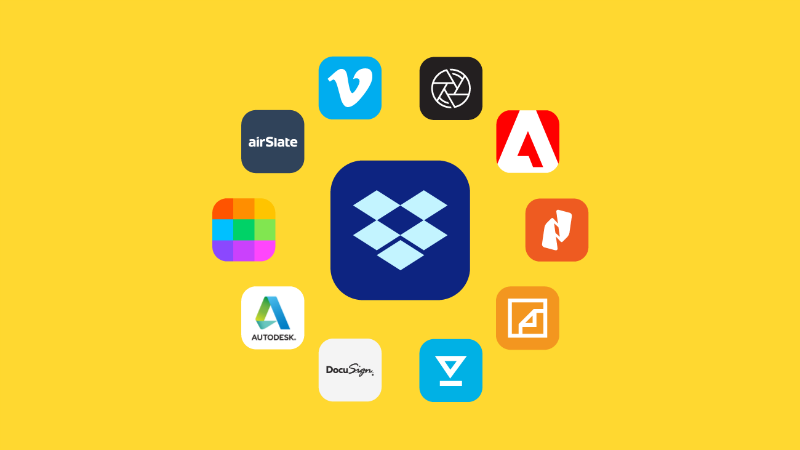 Dropbox has tied up with a few companies such as Adobe, Autodesk, and Vimeo to initiate Extensions

Giving another reason to use its cloud service over the competition, Dropbox has now launched Extensions. This new offering is defined as "a series of new integrations" that is designed to help enterprise users and professionals have a unified platform to start different workflows - without leaving Dropbox. The company has tied up with a few companies including Adobe, Autodesk, DocuSign, and Vimeo among others to offer the first suite of Extensions. There are specific solutions to sign a PDF, edit images, or annotate videos. All users, including the non-business users of Dropbox, will be able to use Extensions starting November 27.

Dropbox Extensions come as third-party plugins that can be used to perform tasks such as sign a PDF or edit an image - all without uploading, downloading, or scanning the content. You simply need to access Dropbox to get your work done. Also, the changes made through any of the Extensions are being saved automatically on the cloud storage and are in sync with all your team members using Dropbox.

To build new Extensions, Dropbox has partnered with Adobe, Autodesk, DocuSign, Vimeo, airSlate, HelloSign, Nitro, Smallpdf, and Pixlr. This list is likely to be grown with other companies over time.

"Dropbox Extensions is the latest example of how we're partnering with other best-of-breed tools to make collaboration more seamless," said Quentin Clark, SVP Engineering, Product and Design, Dropbox, in a blog post.

Users will be able to access Extensions for the files they've stored on Dropbox by using the 'Open with' drop-down menu. Adobe is also separately bringing a Send for Signature with Adobe Sign Dropbox Extension to enable easy signing of Word and PDF files stored in your Dropbox folder.

This isn't the first time that Dropbox has brought third-party services on board. Last month, the company tied up with Zoom to help users start a Zoom video call within Dropbox or access content from their Dropbox account during a Zoom meeting. It also recently brought a Gmail add-on to let users view, share, store, and save their important files on Dropbox directly using the Gmail app on Android devices. The company also last year launched Paper to take on Google Docs.