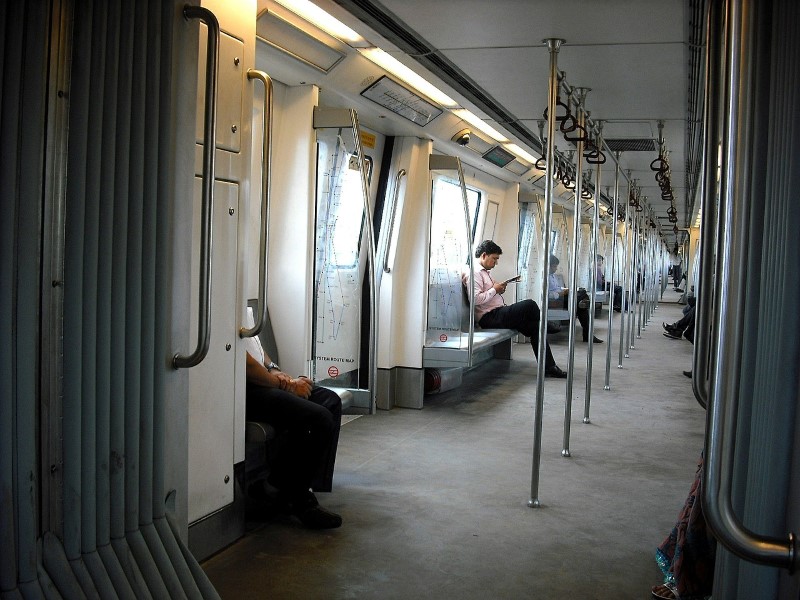 Techno Sat Comm Wednesday said Delhi Metro Rail Corporation has awarded a 10-year contract to it for providing free Wi-Fi service to commuters and the Internet facility would be launched in the second half of this year.

Ping Network is partnering with Techno Sat Comm as the main licensee for providing content.

"Techno Sat Comm and Ping Network are coming together to roll out what will potentially be India's largest platform to serve content to passengers and work with advertisers, keen to reach Delhi Metro's 2.75 million passengers," the company said in a statement.

The free-to-consumer service will be launched in the second half of this year, it added.

A DMRC spokesperson confirmed that an MoU was signed in October last year for the same.

Rana said the service will be free for customers and it will generate revenue through advertising.

The company said Wi-Fi service will ensure a 50 Mbps (3 times 4G) minimum speed to passengers' devices while the maximum speed could potentially go up to 1.6 Gbps.

Techno Sat Comm, said it already runs Wi-Fi on the Delhi-Howrah Rajdhani Express train and will use a solution deployed on superfast rail networks in Europe to deliver high speed broadband internet experience.

Ping will be building the front-end customer interface as well as the content pipe.

Delhi Metro passengers across the NCR region will be able to experience high speed broadband by logging onto the internet via a dedicated app.

This app will also display the location, approach and destination stations on a real-time basis and help navigate between different lines.

Techno Sat Comm said it already has significant learnings from the pilot project on the Delhi-Howrah Rajdhani Express.

"The Rajdhani Wi-Fi despite being a pilot project with lower bandwidth sees close to 250 users of the 1,000 passengers on the train at any time," Dave added.

Why Are So Many Chinese Phone Brands Now in India?
Opera Is Bundling a Free VPN With Its Browser on Windows and Mac